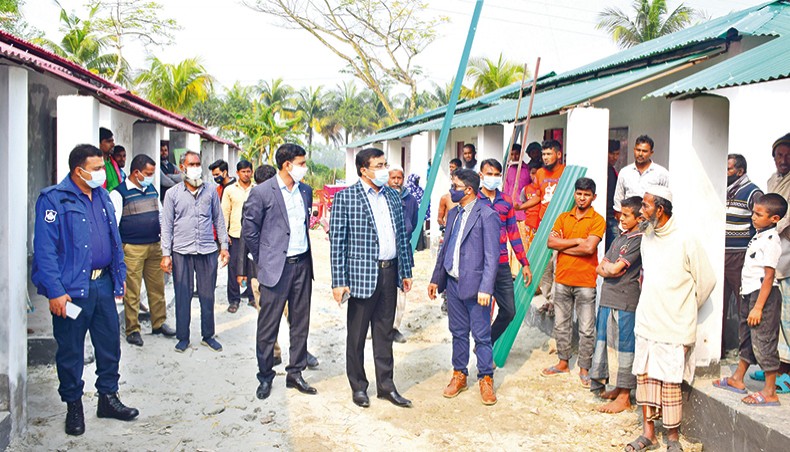 As a many as 520 landless and homeless families, widows and peoples with disabilities in Bhola will get houses and land as gift from the prime minister on the occasion of Mujib Barsha.

Bhola deputy commissioner Masud Alam Siddique said on Sunday that e-namjari of the houses and the pieces of land had been completed and painting work of the houses was going on.

Bhola sadar assistant commissioner (land) Md Abu Abdullah Khan said that each of the semi-pukka houses had 2 rooms, kitchen, a veranda and a bathroom. The construction cost of each house has been estimated at Tk 1,61,000.