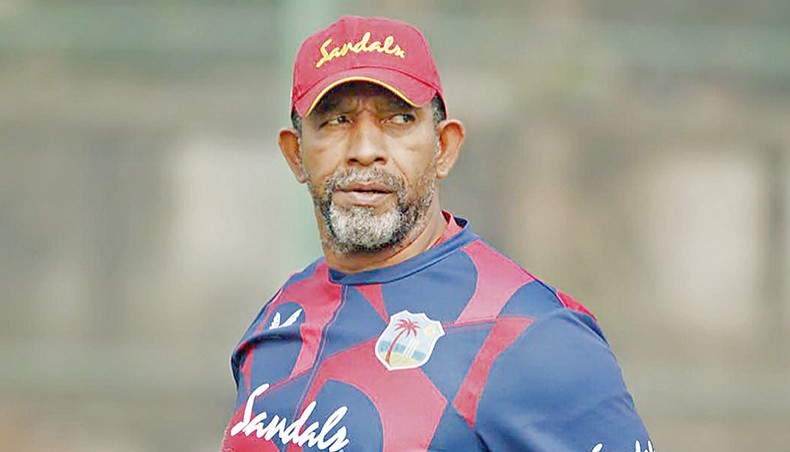 West Indies coach Phil Simmons is seen during a training session at the National Academy Cricket Ground in Mirpur on Sunday. — AFP photo

On Saturday, the national team selectors named an 18-man Bangladesh squad for the three-match ODI series, which will begin on January 20 in Dhaka.

The hosts were expected to test the visitors, some of whom are touring Bangladesh for the first time, with their spin attack, but instead, the Tigers now have half-a-dozen fast bowling options in their reserves.

The emphasis on pacers could indicate good batting pitches for the ODI series, feels Simmons, but he thinks that Bangladesh still has enough spin bowling options to test his team.

‘They still have their four main spinners. Whether they use two or three fast bowlers, is something they might try to change,’ Simmons told the media on Sunday.

‘It could mean that we get much better pitches to play on, from a point of view of better batting wickets. You never know. It could be a good thing, but the four spinners will still be there,’ he added.

But Simmons said that his young side has been preparing to tackle Bangladesh’s spin attack and if the hosts over-rely on their spinners; it could end up favouring them.

‘I am hoping that whether they play four or five spinners, it plays into our hands, and it plays a role in how we think about it. We seem to be underdogs, so I hope it lifts us,’ he said.

West Indies have already been forced to drop Romario Shephard and Hayden Walsh Junior from their initial ODI squad due to COVID-19 infection. Losing two players from an already depleted side is a difficult blow for West Indies, said Simmons.

‘This is the third tour we are having in the pandemic. It is a hard time in the world. For us to have two players is difficult. I hope both the players get better quickly.’