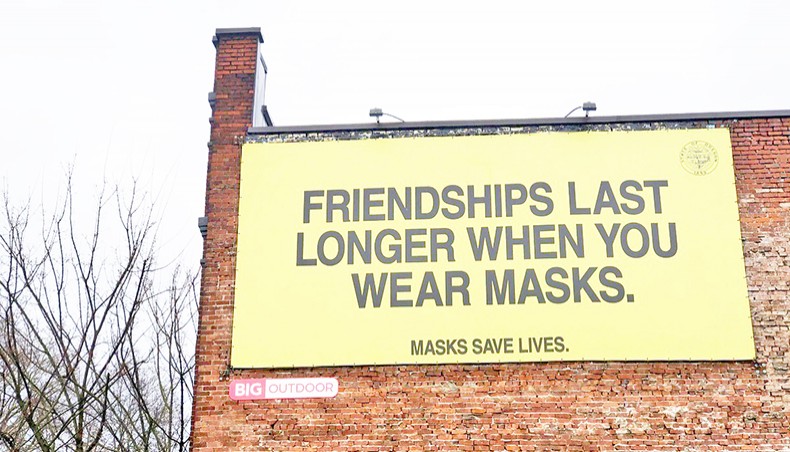 AT THE rate we’re vaccinating against COVID-19 in the United States, it will take 10 years for the entire population to receive shots. To counter this, on January 12, the Trump regime announced that it would expand vaccination, regardless of whether second doses are available. Biden had earlier said he would do this too. The reasons for this scientifically questionable move are debatable. Much of the vaccine on hand has not been injected into people’s arms. The problem isn’t just expanding the pool of people to be vaccinated. It’s giving shots with the vaccines that we do have. And that takes money.

For anyone who thought this was going to be a snap, all I can say is that was the triumph of hope over experience, and we got our experience with COVID-19 testing. The Trump regime thoroughly flubbed that. It was catastrophic and heavily contributed to the nearly 400,000 Americans dead from this pandemic and the over 22 million infected. So now you think the same officials (some implicated in fascist insurrection) who brought us that calamity are going to vaccinate us with dispatch? The Trump regime already proved it’s the modern-day keystone cops. Now it just made the same point — again.

After 2.1 million Americans got a first injection, ‘more than 9.3 million doses lay waiting to be shot into American arms,’ wrote Brian Kahn in Earther last month. ‘The administration promised to vaccinate 20 million Americans by the end of December.’ Surprise! They didn’t. Nowhere close. Why not? Well, for one obvious reason — somebody has to pay for vaccine delivery. That somebody is the states. But the Trump regime and the Scrooges in the Grand Old Party object on principle to giving money to the states — evidently even for vaccinations. You never know how those profligate governors might squander federal funds… they might even, um, vaccinate lots of people! Then where would we be?

So the Trump regime was determined to fumble the vaccine rollout. As Dean Baker wrote recently in Counter Punch: ‘We manage to get over 170 million flu shots in people’s arms every year, without any heroic efforts by the government and the military’ at a rate of 1.5 million per day over four months. You can see where Baker was going with this comparison — and it wasn’t flattering to Trump.

On the other hand, some argue that states cannot just lean on flu vaccine distribution systems, because the COVID-19 vaccine is something new with different requirements. But preparation has been lacking, to say the least. If the Trump regime really planned to burden the states with this, money should have been allocated, months ago, so states could have vaccine delivery systems up and running. But that’s not how magical thinking works in Trump’s White House. Somehow the logistics are expected to sort themselves out. When they don’t, and if this catastrophe — eclipsed recently by Trump’s storm troopers ransacking the Capitol — comes into focus, you can be sure Trump will blame the governors, if he even cares to give the matter any attention, which appears doubtful.

What are some of the manifold ways this has been bungled? Well, on December 31, the Washington Post ran a story headlined ‘Vaccination is going slowly because nobody is in charge.’ Sound familiar? Ring a bell? Maybe a president whose mantra has been, ‘I take no responsibility.’ Or a leaderless testing rollout. Or the nation’s governors, early on in the pandemic, desperately and fruitlessly begging Trump for leadership.

Ironies abound here. This has been a presidency with more powers than ever — Trump even had an attorney general devoted to the concept of the unitary executive and to concentrating as much power in that executive’s hands as possible. Congress passed bills, defence and Patriot Act bills enhancing the unitary despot’s power. But what do you do when your unitary despot is out-to-lunch? Or worse, insane? Or busy plotting a coup? Then the whole system implodes and, in a crisis, nothing gets done, if you’re lucky.

The Post article reports that the vaccination effort ‘has fallen on state health departments.’ These underfunded bodies, deliberately emaciated by our neoliberal economy, already stagger under the gigantic burden of pandemic response, as the Post observes. And who oversees these beleaguered health departments? The public health officials who have received death threats from Trump-supporting pandemic deniers. Add to the mix the GOP’s and Trump’s aversion to giving states any funds and voila! Not enough vaccinations, the whole system is a hash, no one’s in charge, and no one can figure out how to make it work.

Waiting in the wings, Biden made clear pandemic damage control will no longer be leaderless. Unfortunately, his first move, doubtless urged on him by desperate governors, is scientifically debatable. It’s the same move Trump has just embraced. Biden announced he will distribute all the vaccine on hand, so many more people get preliminary shots. This, at a time, when lots of states can’t even seem to use up the vaccine they do have, because many first responders apparently don’t want it and because logistics and funds are wanting. As for the second shot — that’s a little dicey. What if people don’t get it for weeks or months after they’re supposed to? This is a real danger. And it’s why Dr Anthony Fauci is against this. Indeed, as far as I can tell, this was a policy originally cooked up by some idiot politicians in the United Kingdom. And we’ve seen what a spectacularly bumbling display of pandemic management the UK has provided.

So now Biden’s team must scramble to produce millions of second doses for half-vaccinated people. If they don’t get those second shots, then what? Scientifically that will land us in terra incognita — not where you want tens of millions of people to be. I understand that governors are desperate and that hundreds of their citizens die every day. It’s also clear that team Trump’s criminal incompetence, which rises to the level of malice, got us into this mess and that lame-duck Trump is far more interested in overthrowing what remains of US democracy than in coping with a virus that is literally slaughtering thousands of Americans per day.

But is it really wise for either presidential team to ditch science and risk not having a second dose in time on the hope that somehow this will all work out? Shouldn’t the first step be to get money to states, so they can distribute the vaccine they do have? Because, to repeat, lots of that still hasn’t been distributed. Delivery is critical, but after producing the vaccine in record time, the Trump regime turned around and gave us the final kick in the pants — no money to administer it.

There have been lots of articles about the vaccine rollout fiasco, of course. Even Republican politicians like Mitt Romney have called out the Trump regime for its incompetence. Meanwhile, Americans are treated to the spectacle of other countries efficiently vaccinating their populations — 50 million people to be vaccinated in a month in China for instance, and I’m betting they’ll do it — while we get to wait in line. Currently I’m number 300,000 something in line in the small state of Maryland. But the line ain’t moving. And there is little satisfaction in commenting, ‘I told you so, based on the testing debacle.’

So yes, this time around the press, the politicians and the people were ready for a total bustup, because we had a year to watch the guy in the white house flounder uselessly around. ‘I take no responsibility,’ sure was the motto of the Trump administration. Now they’re rushing the vaccine to millions more people. Let’s just hope those second doses materialise. If they don’t, Biden will have a big problem, while Trump will inform us from Mar-a-Lago that he takes no responsibility.

CounterPunch.org, January 15. Eve Ottenberg is a novelist and journalist. Her latest book is Birdbrain.