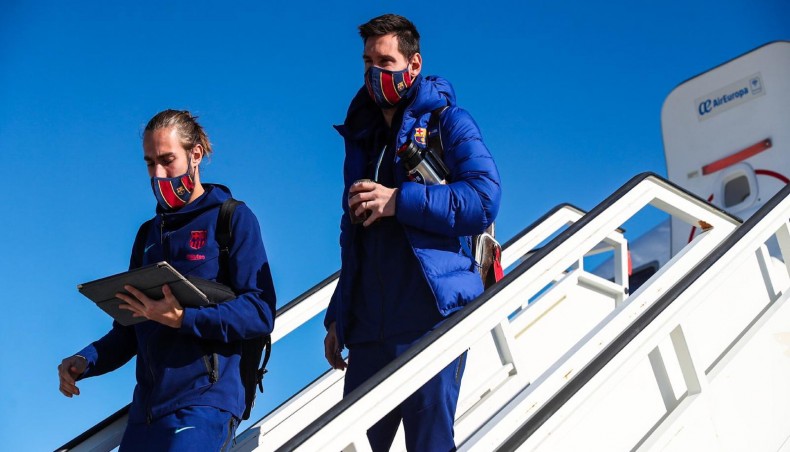 Barcelona coach Ronald Koeman says he is optimistic Lionel Messi will be fit for Sunday's Spanish Super Cup final against Athletic Bilbao after injury forced him to miss the semi-final.

The Argentina forward was left out of the squad for Wednesday's penalty shootout victory over Real Sociedad after complaining of discomfort during last week's 4-0 La Liga win over Granada.

‘He trained on his own yesterday (Friday). We have a session this evening, he wants to train, so we'll see how he feels afterwards and if he wants to play or not,’ Koeman told a news conference on Saturday in Seville.

‘Tomorrow morning we'll see how his body reacts to the session, but we have high hopes that he'll be there for the match.’

Messi was pictured with strapping on his left thigh as he watched the semi-final from the stands in Cordoba. Barca won 3-2 on penalties following a 1-1 draw after extra time.

‘Every player needs to be 100 per cent to start the game, it's not the last game of the season, we still have a lot of games after this one,’ said Koeman. ‘The final decision will be the player's.’

Messi is the club's leading scorer this season with 14 goals in all competitions, his return to form of late coinciding with Barca's nine-game unbeaten run after a poor start under the Dutchman.

‘It's always important to win things to prove that you are on the right track,’ said Koeman. ‘It's not the most important title as a player but it's a title.

‘Each title you win, it's another line on your list of honours. It's important for the players and for the club.’