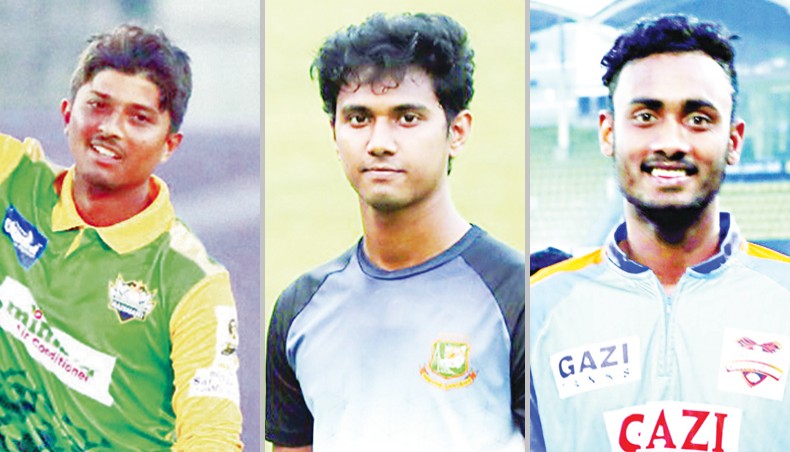 With an eye on the 2023 ICC World Cup, the national selectors picked three players who are uncapped in the format for the upcoming one-day international series against the West Indies, said chief selector Minhazul Abedin.

Pace bowlers Hasan Mahmud and Shoriful Islam and all-rounder Mahedi Hassan, three cricketers who are yet to make their debut in the ODI format, were all included in the 18-man squad.

Minhazul said that calling up the trio was the first step of the selection panel’s plan of building a good side for the next World Cup.

‘We have picked three uncapped players. It is a part of our plan, which we are starting from this series,’ said Minhazul, who has been serving as the chief selector since June 2016.

‘To prepare them for the future and to train them, we kept them with the team management. In 2023, there is the ODI World Cup and we have plans for that. Overall I think this is our first step,’ he added.

Hasan and Mahedi have been knocking on the ODI team’s door for the last few years and both of them have already represented Bangladesh in the Twenty20 format.

Hasan made his debut against Zimbabwe in March last year, in Bangladesh’s last international match before the pandemic induced sabbatical.

Mahedi has four T20 appearances for Bangladesh under his belt but is yet to flourish in international cricket.

Shoriful, the youngest of the three, was a crucial member of Bangladesh’s Under-19 World Cup winning squad and is yet to play for Bangladesh in any format.

Shoriful earned his place after an impressive showing in the Bangabandhu Twenty20 Cup where he captured 16 wickets.