Florida governor calls up National Guard ahead of Biden inauguration 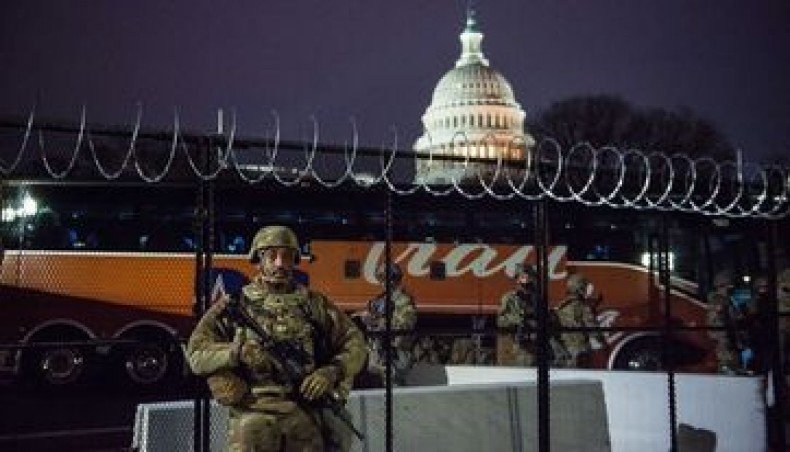 A National Guard soldier stands outside the razor wire fencing that surrounds the US Capitol on January 15, 2021 in Washington, DC. -- AFP photo

The governor of Florida on Friday activated the National Guard to protect against ‘potential civil unrest’ surrounding the inauguration of president-elect Joe Biden, as armed groups are expected to stage protests at statehouses across the country this weekend.

The governor’s order comes as authorities are on high alert after last week’s attack on the US Congress in Washington by supporters of outgoing president Donald Trump.

Law enforcement officials have warned that armed groups plan to protest at statehouses across the country in the days surrounding Biden’s inauguration Wednesday in Washington.

Daniel Baker, of Tallahassee, was arrested after calling on social media for an armed response to protesters who are expected to gather at the Florida statehouse this Sunday, a Justice Department statement said.

‘Extremists intent on violence from either end of the political and social spectrums must be stopped, and they will be stopped,’ said Lawrence Keefe, US Attorney for the Northern District of Florida.

‘We will not stop in our efforts to detect, deter and disrupt anyone else planning to incite or commit violence,’ he added.

On January 6, a mob of Trump supporters — who do not recognise his defeat at the polls — stormed the Capitol in Washington in an attack that left five people dead.

Trump has built a strong base in the battleground state of Florida, thanks to support from rural white voters and far-right Latinos.

By the time Biden is sworn in as the 46th US president Wednesday, Trump will already be far away, having helicoptered out of the White House a last time earlier that morning, an official said Friday.

Trump will be the first president in a century and a half to snub the inauguration of his successor.

An official who asked not to be identified said Trump would go to his Mar-a-Lago golf club in Florida, which is his legal residence and will become home after the White House.

He is expected to be out of town well before Biden is sworn in on the steps of the Capitol building at exactly noon.

After spending more than two months trying to overturn the results of the November election, pushing false conspiracy theories about fraud, Trump’s presence had not been expected at the inauguration.