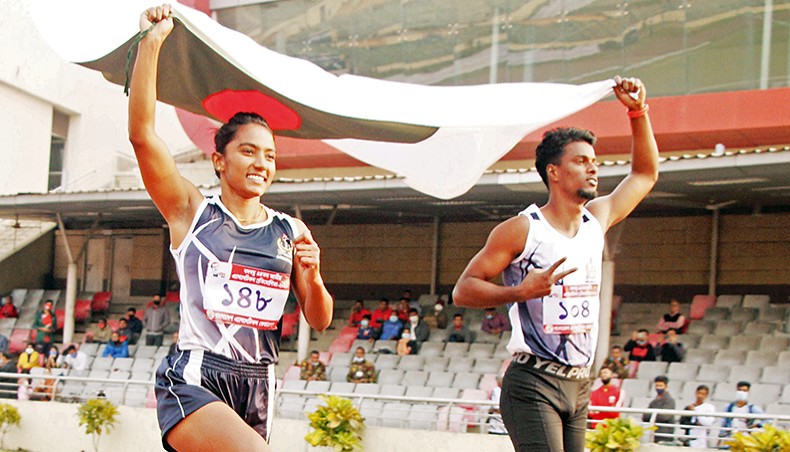 Navy’s Ismail Hossain and Shirin Akter continued their domination in the 100-metre sprint while Army’s Ritu Akther set a new national record in high jump on the opening day of the 44th National Athletics Championship at the Bangabandhu National Stadium on Friday.

Ismail clocked 10.55 seconds for his third consecutive title in the men’s section while Shirin clocked 11.80 seconds to win her 11th title in this event in a row.

‘I was confident of retaining the title. 10.55 seconds is not a bad timing. I could do better if I could train in abroad, but could not manage that due to the COVID-19 pandemic,’ Ismail said.

‘I extended my record. For the 11th consecutive time I have become the fastest women of the country. I have a target to win the event as long as I run,’ Shirin said.

‘My target was to jump 1.73-metre but could not do it today [Friday]. I am happy that I won gold in the end…Not disappointed at all,’ Ritu told reporters in her immediate reaction.