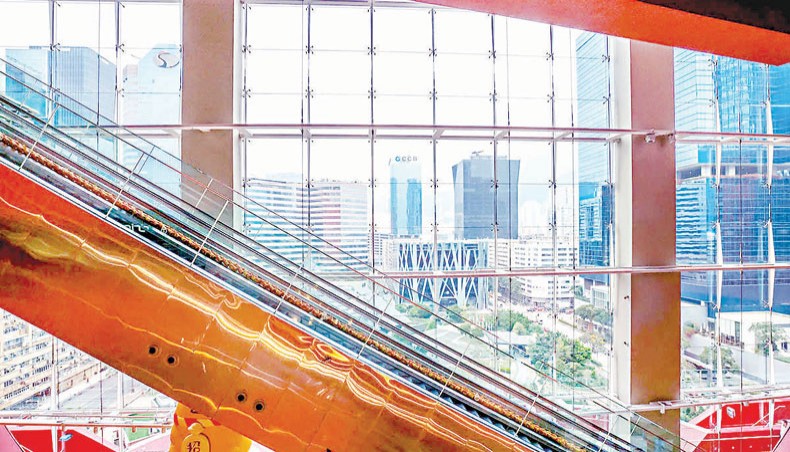 AT THE beginning of December China’s Xi Jinping officially declared that China had eliminated poverty entirely, part of his priority programme. Western financial pundits have praised the remarkable economic recovery of China following the severe lockdowns a year ago to combat the coronavirus. Predictions that China would once again, as it did in 2008, lead the rest of the world, especially the European Union and North America, out of deep recession are common. Yet, behind the official Beijing statements, there are indications that China’s decades of economic boom are coming into deep problems, far deeper than officially acknowledged. If true, the consequences for the rest of the world as well as for China could be severe.

ON DECEMBER 1, 2020, Chinese Communist Party general secretary Xi Jinping announced that China had achieved the goal of ‘eradicating absolute poverty’ and becoming a ‘moderately prosperous society’ before the end of 2020. At the November G20 summit in Riyadh, Xi boasted that this was ten years ahead of the deadline set by the United Nations 2030 Agenda for Sustainable Development. Yet, as even Chinese analysts point out, there are major questions to this achievement.

However, on closer scrutiny, it is not as impressive. Most of China’s poverty population are rural migrant populations living in subsistence farming or by other means in the central and western parts of China far from the prosperous coastal provinces. A China National Bureau of Statistics 2016 report stated that in 2015 the poverty rate was 1.8 per cent in China’s highly developed and largely urbanised eastern provinces; 6.2 per cent in central China, and 10 per cent in western China.

Yet China does not use the standard of the World Bank defining poverty in an upper-middle-income country, namely for daily income of $5.50 per capita. It uses approximately $1.90 a day, the value for the world’s poorest countries. Second, it talks about only rural poverty, ignoring a significant urban poor quotient. Were China to use the World Bank poverty definition, instead of 1.7 per cent poverty, China would have 17 per cent poverty, a significant number. With the economic impact in 2020 from coronavirus lockdowns globally, today the poverty number is presumably higher, but unstated.

Indeed in May, the Chinese premier, Li Keqiang, gave a sobering statistic at a press conference. He announced that roughly 600 million Chinese, or almost half the population, were eking out a living with a monthly income of 1,000 yuan ($150) or less in 2019. Yet in the past two years inflation of everything from basic food to household appliances has often exceeded double digits. This all makes the next CCP economic priority a mirage.

THE true state of poverty and real household income is crucial now, as the CCP has declared it will focus on domestic consumption to overcome loss of export revenues in the COVID-19 era, a shift called ‘dual circulation’ economy — expand exports and expand domestic consumption as well. How will China stimulate citizens with less than $150 monthly to lift the China economy? At the same press conference last May, broadcast on State TV, Li Keqiang stated, ‘One cannot even pay his rent with the money if he lives in a big city, let alone spend to improve his life or buy these export products to help manufacturers.’

The further problem is that the large, young new middle class in the recently built megacities such as Kunming, Xi’an, Chengdu, Shanghai or countless others with modern skyscraper apartments, are already loaded down with debt from buying new cars for the first time, and then buying an apartment amid rising real estate prices. Now the first signs of consumer debt default are appearing. Not only Americans are maxed out in debt.

WHEN the global financial crisis erupted in September 2008, triggered by the Lehman Brothers’s bankruptcy, China’s Wen Jaibao implemented a staggering $4 trillion stimulus to keep its economy somewhat stable as world trade briefly collapsed. Around half of the $4 trillion was left to local governments to raise the capital, usually via special purpose infrastructure bonds or loans with local state enterprises. That was the beginning of the debt buildup that today is leading to local government crises and collapse of numerous smaller banks in the past two years, well before the coronavirus crisis and the US trade sanctions.

To keep their local economic targets after 2008, provincial party officials engaged in what is called shadow banking, undeclared, unguaranteed and unregulated by Beijing. It was a short-term way to keep the economy going, done at the cost of a huge accumulation of municipal or provincial debt, much of it reportedly undeclared to Beijing. This hidden local debt has been growing in unknown dimensions. These so-called Local Government Finance Vehicles debts began falling due in significant amounts by 2020 but many local governments lacked the funds to repay or rollover the bonds. There is $25.8 trillion officially estimated in central government guaranteed debt. Of that, debt of state owned enterprises such as ChemChina or Sinopec is $15 trillion or 95 trillion Renminbi. Then there is the debt of the local divisions of the Communist Party of China, another $6.3 trillion of declared debt. All this staggering amount of debt is known and de facto state guaranteed.

The problem comes with the local ‘undeclared’ debts. Here no one knows the truth, as local officials chose to hide them to keep their regions growing and possibly to advance their career within the CCP by showing economic success. According to Liu Shijin, deputy director of the Economic Committee of the Chinese People’s Political Consultative Conference, ‘From the places investigated, it is at least no less than “declared debt”, and some of them are three times higher.’ That would mean an added hidden local debt burden between $6.3 trillion to $18.9 trillion.

That is a huge debt timebomb. It explains why the Chinese central bank and Beijing State Council have been trying to deleverage the local debt bomb since 2014. In an effort to bring the local hidden debt issuance under control, the Beijing finance ministry on December 9, 2020 published ‘Measures for the Administration of the Issuance of Local Government Bonds.’ It tries to solve the issuance of local debt by handing liability and debt issuance to the local government as of January 1. The issuance and redemption of local government bonds shall be handled by the public finance departments of local governments. According to the official Xinhua.net, ‘The local public finance department shall effectively perform the debt repayment liability, timely pay the principal and interest of bonds, and maintain the government reputation.’ That is, it’s now your local problem.

In this context, how will Beijing fill its central goal of stimulating consumption by especially the poorer regions and provinces?

THE true number of the unemployed is an added problem. The unemployed cannot take loans to buy apartments or new cars. The central government reports an official unemployment rate of single digits, between six per cent to seven per cent, enviable in comparison with many OECD countries. However, in a curious anomaly, China statistics office defines ‘unemployed’ as strictly urban unemployed. Beijing’s data does not include people in rural communities or a large number of the 290 million migrant workers who work in construction, manufacturing and other low-paying jobs. According to a 2020 study by Zhang Bin, an economist at the Chinese Academy of Social Sciences, a government think tank, if those migrants are included, as many as 80 million people could have been out of work at the end of March 2020, some 10 per cent to 13 per cent of the workforce, with some private economists estimating it could be as high as 20 per cent.

With already seriously high unemployment and a credit system imposing de facto deflation, it is difficult to see how China in 2021 can implement Xi’s ‘dual circulation’ of stimulating domestic consumption and export growth via the Silk Road. This is against a backdrop of the world’s most rapidly ageing population, which in 2018 saw a decline in total population for the first time since Mao’s ‘Great Leap Forward’ in the 1960s.

The global consequences of a Chinese economy entering into a prolonged downturn and a simultaneous debt default crisis will have severe consequences for the global economy. The pandemic lockdowns across the EU and USA will hit China’s huge export economy as well. Already there are indications that China’s ability to open new export markets via its Belt and Road Initiative, the New Economic Silk Road, is being seriously impaired. The Financial Times of London on December 8 reported a study by Boston University researchers which concluded that the Communist Party of China has significantly reduced overseas loans of the two largest state banks well before the coronavirus crisis. They note that in 2019, the total overseas loans of the China Development Bank and the Export-Import Bank of China were $4 billion, far lower than the record $75 billion in 2016. The two banks lent $462 billion between 2008 and 2019, much for Silk Road projects abroad.

With tens of billions of past loans to financially weak states such as Pakistan, Ethiopia, Venezuela now in near default, or in renegotiation, it’s a serious question whether the new markets Beijing hoped to win by the Silk Road will instead become a debt albatross for the state at a time it faces a serious internal debt crisis. A Chinese economic collapse or even serious recession is what the world does not need at this juncture.

New Eastern Outlook, January 13. F William Engdahl is a strategic risk consultant and lecturer. He is a best-selling author on oil and geopolitics.