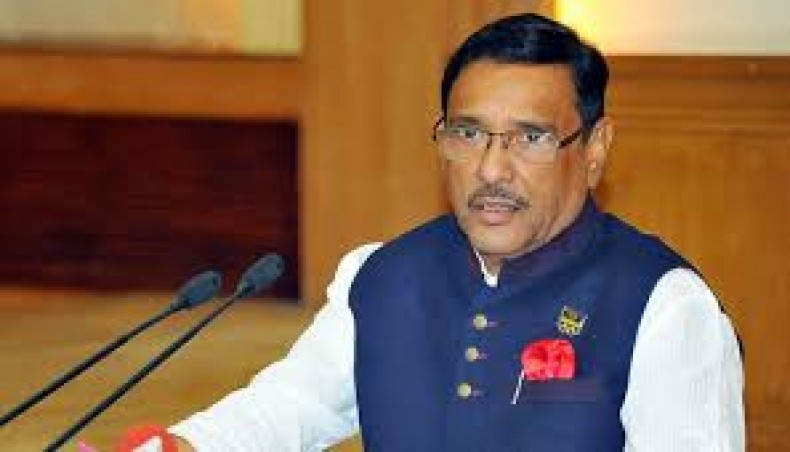 Awami League general secretary and road transport and bridges minister Obaidul Quader on Friday said the government would extend all-out support to the Election Commission to hold the second phase municipality polls today in a peaceful and fair manner likewise the previous elections.

‘The government will not interfere in the polls rather it will extend all-out support to the EC in holding it in a peaceful and fair manner,’ he said at a regular press conference at his official residence on parliament premises in Dhaka.

He said voter turnout was more than 60 per cent in the polls with electronic voting machine in the first phase municipality polls which is a very positive thing.

The AL general secretary said his party has already formed different committees and sub-committees at the centre and different organisational units.

If anyone has any allegations over the announced committees, he or she can appeal as per the party’s constitution, he said.

He said anyone can submit their complaints to the election tribunal of the party at Dhanmondi 3/A .

‘We want to make the party further advanced, democratic, clean and smart under the leadership of Sheikh Hasina. Awami League is making its all-out strides to further strengthen the democratic practice inside the party,’ he said.

Obaidul said there are the highest scopes of practicing internal democracy in Awami League than any other political parties.

About BNP secretary general Mirza Fakhrul Islam Alamgir’s remarks that the people will not pardon the government, the minister said the people are giving their verdicts in polls in favour of prime minister Sheikh Hasina again and again as the government is working for the people’s welfare.

But BNP’s all the programmes are against the state and the people, he added.

Obaidul said the people have not yet pardoned those who robbed votes through ‘yes-no’ polls and gave the people lessons of ‘curfew democracy’. As the people didn’t pardon BNP, they are becoming isolated from people day by day, he said.

The AL general secretary said BNP has been boycotted by the people repeatedly in polls and movements and that is why the parry is taking revenge on the people by carrying out arson attacks.

As the people didn’t pardon them, the party is suffering for their old offences, he said.

Turning to own party politics, he said AL’s nomination has been given to a new candidate for Narsingdi municipality for the 4th phase polls as there was legal allegation against the previously nominated candidate.