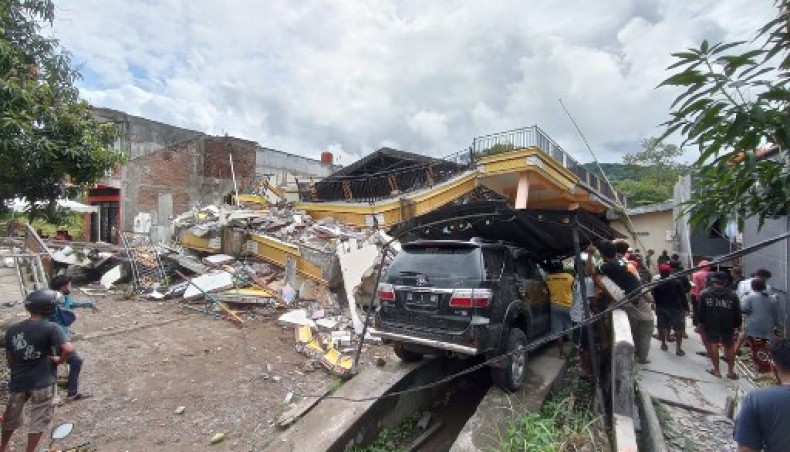 Rescuers search for survivors at a collapsed building in Mamuju city on January 15, 2021, after a 6.2-magnitude earthquake rocked Indonesia's Sulawesi island.- AFP photo

Bangladesh foreign minister AK Abdul Momen expressed deep condolence over the deaths of at least 42 people in the earthquake that struck Sulawesi island of Indonesia in the early hours of Friday.

Momen sent a message to Indonesian foreign minister Retno L P Marsudi conveying Bangladesh government’s heartfelt sympathies to the people of Indonesia and to the families that lost their loved ones.

The foreign minister hoped that the resilient and enterprising people of Indonesia would withstand the calamity and successfully rebuild their homes and infrastructures to return to normal life.

He also reiterated the Bangladesh government’s commitment to work with the international community on disaster risk reduction and global climate change adaptation and mitigation issues.

The minister also suggested that the rescue workers of Bangladesh and Indonesia could jointly take part in earthquake drills and simulation exercises as both countries are disaster prone.