The plan for Cold War II 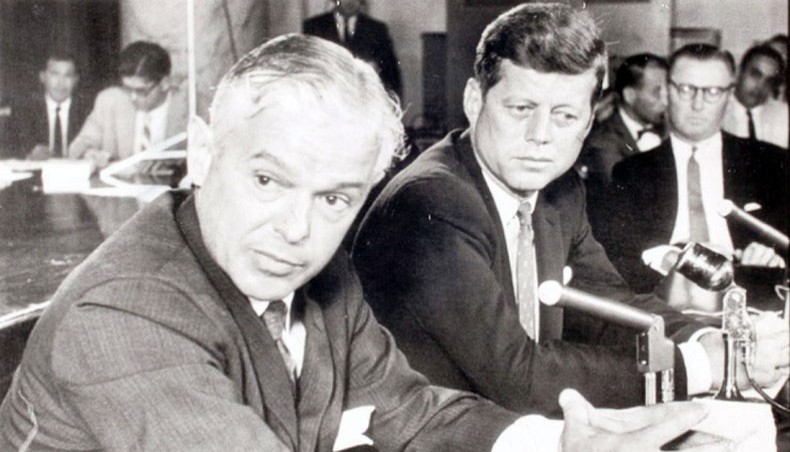 IT’S a new year. It’s a time for a change. We need to look at geopolitics differently. That is if we are ever going to have peace and prosperity that is sustainable, and for all. This is why I have decided to take a new approach to political analysis. Today, we must shine the course light of reality on the shadowy agencies of propaganda and manipulation. My first subject will be the Ford Foundation.

Before I get into the reasons for this supposedly altruistic organisation’s skulduggery, I should point the reader to a former Ford Foundation beneficiary named Arthur Cyr, and is the report ‘On Russia’s Putin, Biden must be sharper than his predecessors’. Cyr is a Foreign Policy Research Institute senior fellow and a key executive with the aforementioned foundation.

The Ford Foundation is supposed to be on a mission of advancing human welfare. The endowment created by Edsel Ford, of Ford Motor Company fame, now has more than $13 billion in assets and makes grants for over half a billion dollars every year. The foundation supposedly strives for things like world peace, but in reality, the charade of maintaining diversity in higher education, the subterfuge of furthering the arts, it’s about control, lasting control of the ‘system’ of democracy in the west. Digging into the shady history of the foundation immediately brings to light people like Horace Rowan Gaither, who besides being an investment banker, was also the administrator of the Ford Foundation, and one of the founders of Rand Corporation.

Some readers will be familiar with the Gaither Report, which influenced US policy towards Russia like no other. Gaither’s committee’s recommendations to then-president Dwight Eisenhower shaped the arms race and the Cold War that bled both countries dry by feeding the military-industrial complex. Without going into an in-depth history lesson, it was the Gaither Report that ended up being the operational guidebook for the Kennedy/Johnson administration in 1960. The Strategic Air Command, America’s strategic missile command, and conventional warfare priorities were reshaped in line with what Gaither and his colleagues proposed. Key committee people were brought into JFK’s inner circle, and they would later advise LBJ on carrying out Vietnam and the Cold War. This is all outlined in ‘The Gaither Committee, Eisenhower, and the Cold War’, by David L Snead.

Gaither and men like Bernard Brodie, Henry Kissinger, Robert Osgood, Paul Nitze, and William Kaufman made sure that the United States developed a military that was capable of conducting what would later be termed ‘limited wars’, and president Eisenhower left office announcing the danger of the so-called ‘military-industrial complex’ to the American people. The general who commanded all allied forces in World War II, called out the warmongers in public, just before Kennedy took office. And the Ford Foundation was a key partner in this ‘deep state’ network. Later, when Kennedy balked at escalating Vietnam, and when relations with the Soviet Union warmed up after the Cuban Missile Crisis, the ‘network’ turned on the new president. JFK was assassinated, LBJ immediately escalated Vietnam, and a generation of Americans died while the coffers of corporations filled with gold.

No one can say whether or not Ford Foundation actors had any part in the Kennedy assassination, but the record of the foundation is stained with blood from a dozen wars. It should be no surprise that much of what went on in the Gaither Committee remains classified. What we do know is that the committee was packed with generals and those vested in a huge military build-up aimed at real or imagined enemies of America. One time US Steel CEO Benjamine Fairless was on the committee, and so were Edward Ryerson (Inland Steel), and Robert Lovett (secretary of defence who directed the Korean War). I’ll spare the reader the full list of warmongers who designed US military strategies from World War II until the present. It’s only important that I show the meaningful contributions to world peace that the Ford Foundation has made these last 84 years. Today, the Ford Foundation supports scholars at universities like Johns Hopkins, where the foundation’s president Darren Walker gave the commencement speech for the Paul H Nitze School of Advanced International Studies in 2017. I mention this speech because of the darkly poetic symbolism it represents.

Paul H Nitze was a key member of the Gaither Committee and the architect of Cold War policy development for several presidential administrations. The scholar Ernest R May once said that Nitze’s notorious NSC 68 ‘provided the blueprint for the militarisation of the Cold War from 1950 to the collapse of the Soviet Union at the beginning of the 1990s.’ The NSC 68, for those unfamiliar, was initiated during the Truman administration and rejected any notion that alternative policies of friendly détente and containment of the Soviet Union. Both Lovett and Nitze were instrumental in creating these policies. The policies of unceasing war, untolled death and destruction, and hundreds of trillions wasted on militarism can all be traced directly or indirectly to our idealistic, wonderful, philanthropic Ford Foundation. The industrialists, the legendary figures that shaped the current world order, they are all tied to the current insanity and Russophobia aimed at the figurehead of Russia. From Forrestal in World War II to Ford, Rockefeller, the SALT treaties, to the survival of civilisation as these people view it, the titanium threads that bind these people and their ideas enslave us all. Terms like ‘monumental’ are overused, but in the case of the Ford Foundation, the word is appropriate.

I am not the first researcher to accuse the Ford Foundation of international skulduggery. Activist Arundhati Roy connected the foundation, along with the Rockefeller Foundation, with supporting imperialist efforts by the US government during the Cold War, as well. More recently, Ford Foundation’s president was caught reaching out to the notorious Hillary Clinton friend John Podesta who worked for chief of staff for Obama, for trying to coerce India’s Narendra Modi into backing off on accusations the foundation was interfering in Indian politics. But coercion like this is nothing compared with how Ford Foundation and other such institutions have altered the fabric of America and the world. It’s fair to say these NGOs have been the instrument by which the liberal world order has manipulated everything from education to human rights, health, and welfare to warfare. If monumental is a word for Ford Foundation, a synonym is ‘catastrophic’ if we ever hoped for peace and prosperity in our time. And Vladimir Putin is the villain for dragging his country out from underneath all this?

If you were looking for the reason society in the west seems to be breaking down, don’t look at COVID-19 or vaccines. Look at how the Ford Foundation and other fat-cat organisations are helping to deconstruct the world to rebuild it in the image of the liberal elites. Don’t look at Donald Trump as a crazy conservative big mouth, look at the outgoing president as a means to an end. Look at what is happening without rose-coloured glasses, and with the full knowledge that multibillion-dollar organisations cannot be philanthropic. Read ‘The Billions of Dollars That Made Things Worse’, and then consider. Should the new president be sharper than the old ones? No, it’s not necessary. All Joe Biden has to do is listen to the Ford Foundation and its backroom elites, and Cold War II can go on as planned.

New Eastern Outlook, January 12. Phil Butler is a policy investigator and analyst, a political scientist and expert on Eastern Europe. He is an author of the recent bestseller Putin’s Praetorians.