Pelosi’s stolen lectern back at the Capitol 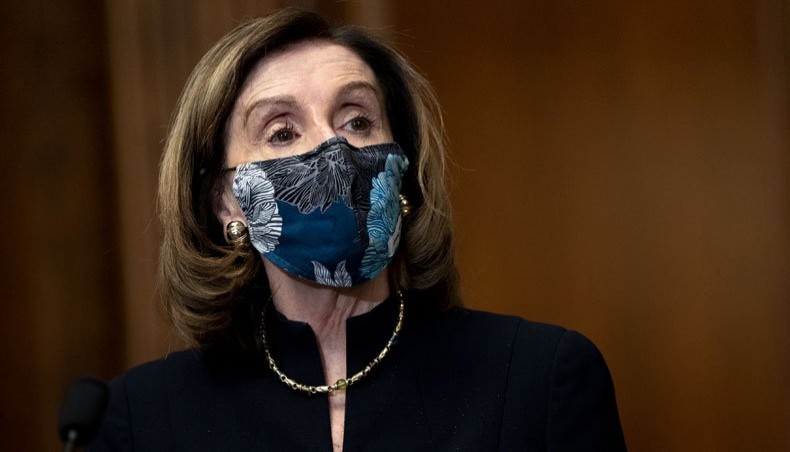 Speaker of the House Nancy Pelosi speaks prior to signing an article of impeachment against president Donald Trump at the US Capitol on January 13, 2021 in Washington, DC. -- AFP Photo

US speaker of the House Nancy Pelosi’s lectern was back in its rightful spot at the Capitol on Wednesday, a week after it was stolen during the violent incursion of the building by a mob of Trump supporters.

The photo of a man — smiling, waving and wearing a Trump hat – carrying the piece of furniture under his arm as he wandered the halls of Congress has become one of the most emblematic images of the day.

The man was quickly identified as Florida resident Adam Johnson and has been charged with unlawful trespassing, violent conduct and theft — despite the fact that the lectern was later found abandoned in a hallway.

The wooden stand will have another moment in the spotlight on Wednesday evening when it is used during a ceremony in the House of Representatives, according to CNN.