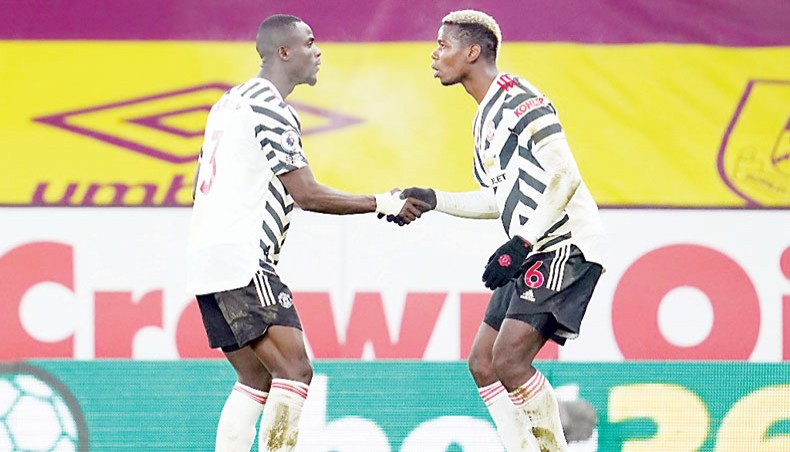 Paul Pogba says he and his Manchester United team-mates must remain relaxed despite being in the unaccustomed position of topping the Premier League when they travel to champions Liverpool on Sunday.

Pogba’s goal secured United a 1-0 win over Burnley on Tuesday which sent them three points clear of the Reds.

United are top of the table after the turn of the year for the first time since they last won the title in Alex Ferguson’s swansong as manager in 2013.

Pogba has been more used to headlines in the past few seasons speculating about his future.

However, the 27-year-old France World Cup winning midfielder told the BBC the focus had to be all on overcoming this weekend’s hosts.

‘We knew if we won tonight (Tuesday) we would be top of the league when we play Liverpool,’ Pogba said.

‘We have to keep calm, now it is the big moment. We will see what is going to happen.’

United’s last away defeat in the league was at Anfield a year ago.

The manner in which Ole Gunnar Soslkjaer’s side have improved -- though Liverpool have also suffered a recent dip in form -- is reflected by the Merseyside defeat which left them 30 points adrift of the eventual league winners.

Indeed there looked little likelihood of a title challenge again this season when they languished in 15th spot at the start of November after a home defeat by Arsenal.

However, nine wins and two draws have propelled them to this top of the table clash on Sunday.

It will also be a test of United’s nerve with the scars of four semi-final defeats in the past two seasons weighing heavily on them.

‘It will be a beautiful game for everyone,’ said Pogba.

‘It’s a big game coming up so let’s get ready for it.’