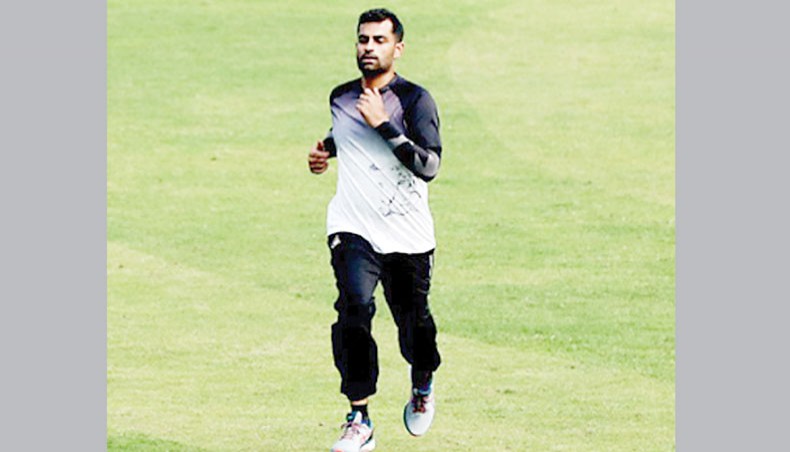 Bangladesh one-day international team captain Tamim Iqbal will have a dress rehearsal before leading the team against the Caribbean side in the upcoming series when he will lead his side against Mahmudullah’s team in a practice match today at the BKSP.

On March 8, 2020, Tamim was declared captain of the ODI team after Mashrafe Bin Mortaza stepped down from the role but he could not lead the team in any international match as the coronavirus pandemic stopped all international cricket activities for Bangladesh.

Finally, Tamim will captain the side on January 20 against West Indies but before that, he has a chance to sharpen his captaincy chops with two practice matches which will be played at the BKSP today and Saturday.

The match will be held at BKSP ground number 3 and the match is scheduled to start at 9:45am.

Earlier, Tamim served as the vice-captain for the national side and was appointed as the stand-in captain in the three-match ODI series against Sri Lanka in 2019, which Mashrafe missed out due to injury.

The selectors will keenly observe the games to determine which players from the preliminary squad will make the cut for the ODI series.

Some young cricketers like Mahedi Hasan, Hasan Mahmud, Shoriful Islam are picked in the preliminary squad and they will be trying their best to put up a good show and impress the selectors to make the cut.