Brathwaite prepares for trial by spin 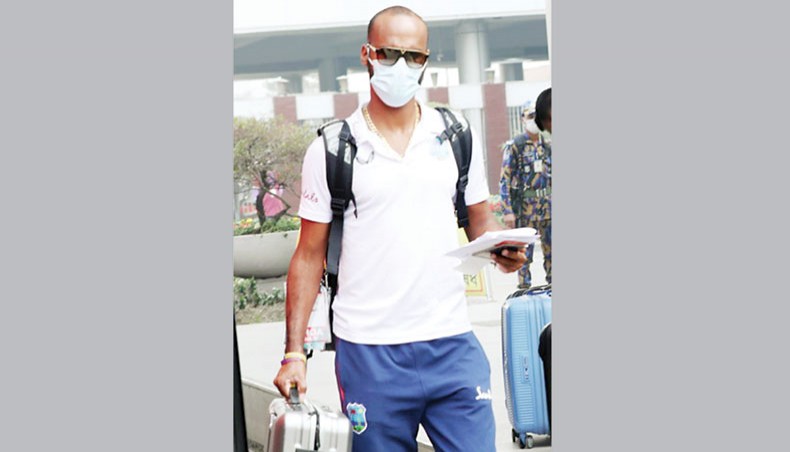 West Indies stand-in Test captain Kraigg Brathwaite on Wednesday said that his team is ready to take on the spin barrage of Bangladesh in the upcoming two Test-series, which will begin on February 3.

In the absence of a number of senior players, Brathwaite is leading a young West Indies side with many players who have no past experience of playing in spin-friendly tracks in Bangladesh.

Brathwaite led the Caribbean side which got bamboozled by Bangladesh spinners in a two-Test series in 2018, where the spinners claimed all 40 wickets of the visitors.

West Indies will again have to face a full-strength spin attack from the hosts but Brathwaite, who has captained the national side only five times in his 64-match Test career, claimed the players have come prepared to tackle the Bangladesh spin attack.

‘You have to find ways to overcome challenges in international cricket. The spinners did well last time. We have reviewed what we could have done better. We have to execute and believe in ourselves. Trust our preparations,’ Brathwaite told the media in a virtual press conference on Wednesday.

Bangladesh is yet to announce the final squad for the Test and ODI series, but both squads, especially in the red-ball side, the selectors are likely to pick a number of spinners considering their past success against the same opposition in home conditions.

But Brathwaite said that the team management has closely looked into the shortcomings of the previous series and this time they will play with specific plans to tackle the spinners.

‘We reviewed after the last series and found out where we could have improved. We have specific plans that we will carry out. We look forward to the challenge, Brathwaite said.

Unlike the visitors, the Tigers have all of their experienced players available for the series which put the hosts at an advantageous position, feels Brathwaite.

‘Shakib [Al Hasan] is obviously the key man for them. [Mushfiqur] Rahim is obviously a very good player. They also have Mahmudullah. They will have all their players. They play well in Bangladesh. They have a good team with some spinners and very capable batsmen.’

But he still backed his side to perform well.

‘I think we have a very good team. We are missing some senior guys but I still know that this team is capable winning Tests.’