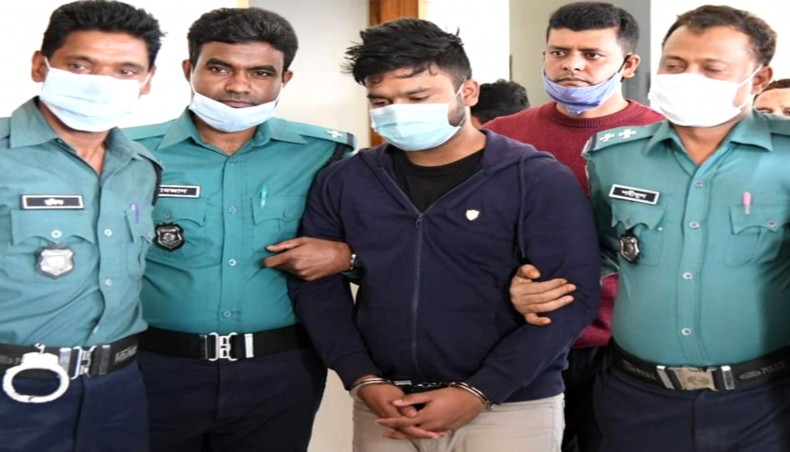 A Dhaka court on Wednesday allowed police to conduct a drug test on Fardin Iftekhar Dihan, the lone accused in the rape and murder case of a teenage schoolgirl in Dhaka’s Kalabagan area.

Inspector (investigation) of Kalabagan police station AFM Asaduzzaman, also the investigation officer of the case, said that he filed a petition in this regard on the day.

Meanwhile, police released Dulal Hossain, a security guard of the building in Kalabagan, where rape and murder of the victim, an O-level student of Mastermind school, took place.

Inspector Asaduzzaman said they recorded the statement Dulal before releasing him.

The police recovered the body of the girl from Anwar Khan Modern Hospital on Thursday and detained Fardin and three of his friends.

Fardin was shown arrested in the murder case on Friday and he later gave confessional statement before the court.

His three friends were released on that night.

The victim family has sought legal support from Bangladesh Mahila Parishad, said a press release of the non-profit on Wednesday.

The release, signed by Mahila Parishad acting president Fauzia Moslem and general secretary Maleka Banu, said that the victim family alleged to them the schoolgirl had marks of torture on her body and an influential quarter was acting in favour of the accused.

Mahila Parishad demanded a fair investigation of the case and proper security for the victim’s family.