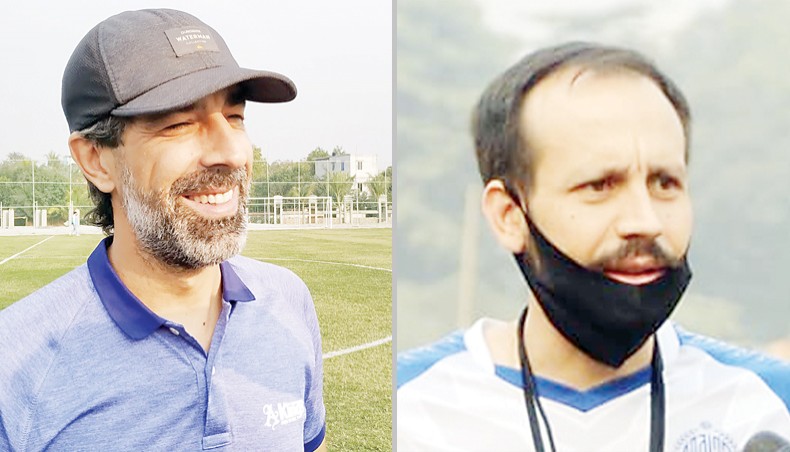 Bashundhara Kings and Abahani Limited will again be the major title contenders as the 13th edition of the country’s top-tier football competition, Bangladesh Premier League, kicks off at the Bangabandhu National Stadium today.

Defending champions Kings will take on Uttar Baridhara Club in the opening match of the league at 4:00pm.

The last edition of the league was abandoned in May 2020, due to the coronavirus pandemic with record six-time winners Abahani leading the league table at the time of cancellation.

Abahani secured four wins against one draw and one loss for their 13 points from six games while Kings were in sixth place with 10 points with three wins, one draw and two losses from the same number of outings.

Kings, who have won their second consecutive Federation Cup title on Sunday and clinched the league title in their maiden appearance in 2018-19 season, are eager to retain the league title under their Spanish coach Oscar Bruzon.

‘Look, tournament [Federation Cup] and league are different…The poor show in the league last year, which was cancelled, definitely concerned us, but this time we have four new foreign recruits. They are good at their positions,’ Kings captain Topu Barman told New Age.

‘From my four years of experience in the top-tier domestic competitions, I can say that still, we are a balanced team and strong in all departments. So, of course, defending the league title will be our target,’ he added.

The 26-year-old defender also believes that alongside Kings and Abahani, four more clubs will vie for this year’s league title.

‘I think apart from us and Abahani; Saif Sporting Club, Sheikh Jamal Dhanmondi Club, Sheikh Russel Krira Chakra and Chittagong Abahani have also formed good teams and will fight for the title.’

On the other hand, Abahani will miss a host of their key players at the initial stage of the league because of COVID-19, suspension and injury.

There are five cases of COVID-19 infection among the Abahani players while midfielder Sohel Rana and defender Tutul Hossain Badsha are suspended for one-match for protesting assistant referee’s off-side decision in the Federation Cup semi-final.

Abahani’s Afghan defender Masih Saighani and two other local defenders Riyadul Hasan Rafi and Rayhan Hasan are still recovering from injuries which they suffered during the Federation Cup semi-final.

Abahani’s Portuguese coach Mario Lemos was worried about missing so many of his players at the start of the league but was adamant to find out a solution.

‘A lot of players are going to miss the initial stage. But it’s going to be a long competition. So, we try to find some solutions, which is very important to win,’ Lemos said.

‘I think apart from Abahani, the other strong teams who are capable of winning the league are — Bashundhara, Sheikh Russel, Chittagong Abahani, Saif. But injury is a big part in the league, which creates problems for all.’

Abahani will start their league campaign with a match against Bangladesh Police FC on Thursday.