The shame of global hunger 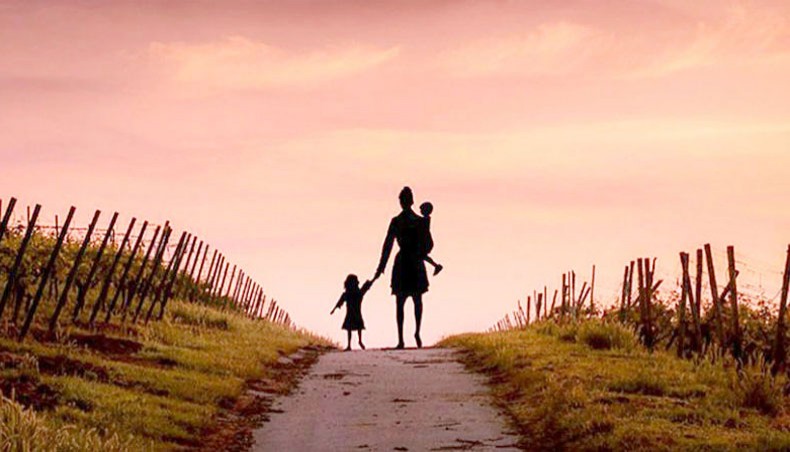 Hunger is a violent act, a shameful scar on our collective consciousness, writes Graham Peebles

WE LIVE in a world of plenty, resource rich, financially wealthy, but, despite this abundance an estimated 700 million people go hungry every day. Millions more are food insecure, meaning they may have food today, but have no idea if they will have any tomorrow or next week. Additional millions can only afford nutritionally barren, poor quality food laced with salt and sugar, increasing the risk of illness and obesity.

In September 2020 a report published by the Global Hunger Index concluded that hunger could be eradicated by 2030, at a cost of $330 billion if rich countries doubled ‘their aid commitments and help poor countries to prioritise, properly target and scale up cost effective interventions on agricultural R&D, technology, innovation, education, social protection and on trade facilitation.’ The detailed report lists 11 countries with ‘alarming levels of hunger’, eight of which are in sub-Saharan Africa; two are war zones: Yemen and Syria. A further 31 nations (26 are in Africa) are listed as having ‘serious levels of hunger’.

Statistics around hunger and malnutrition are disturbing and shameful. After years of gradual decline, since 2015 the number of undernourished people has been increasing yearly: from 2018 to 2019 the number of undernourished people grew by 10 million, and COVID-19 has intensified this trend. Hunger now affects 9 per cent of people in the world — 60 per cent of whom are women and children. The World Health Organisation states that ‘47 million children under 5 years of age are wasted [severe acute malnutrition], 14.3 million are severely wasted [malnourished] and 144 million are stunted; around 45 per cent of deaths among children under 5 years of age are linked to under-nutrition.’

Hunger is a violent act, a shameful scar on our collective consciousness. The principal cause is routinely stated to be poverty, and while it’s certainly true that those with money don’t starve, the primary underlying cause is social injustice, and a set of perverted assumptions about the worth of one human being compared to another. In addition, there are two main drivers: climate change and armed conflict — often erupting in poor nations with fragile social support structures. Where there is war there is hunger; people are displaced and food shortages are quickly created. Climate change, which is affecting poor countries more than the rich, comfortable, and complacent nations, is the other key trigger. Oxfam lists five links between changing climate and hunger:

— Lost livelihoods as harvests diminish through drought or other extreme conditions, eg, the 2020 locust infestation that decimated the horn of Africa. In addition to intensifying food insecurity such events can force people to leave the land and migrate in search of (economic) opportunities elsewhere.

— Nutrition/health: Climate change-driven water scarcity impacts on the ability of farmers to produce enough quality food. Those impacted most are children. Oxfam — ‘climate change is intensifying the threat from the three biggest killers of children — diarrhoea, malnutrition and malaria.’

— Inequality: Climate change intensifies inequality. Developed, western countries are historically responsible for the weight of greenhouse gas emissions; those most at risk of the impact — including food insecurity — are the southern hemisphere nations, with women and children hit hardest.

Hunger and poverty are issues of social justice; it is deeply unjust that simply because a child is born in a poor village in sub-Saharan Africa or a city slum in South East Asia, that he/she is at greater risk of malnutrition, hunger-related illness and starvation, than a child born in the lap of middle class prosperity. Hunger could be ended tomorrow but complacency allows it to continue, because it doesn’t affect the privileged, the comfortable, and on the whole takes place elsewhere. It is a consequence (one of many) of a particular approach to life, not lack of food, and of systemic structures designed in response to this construct.

This approach is a narrow ideological view based on competition, the commodification of all aspects of contemporary society, and the focus on individual achievement over group well-being. Selfishness and social division have been fostered and, in spite of routine acts of community kindness, a ‘dog eats dog’ mentality has taken root. To the extent that, as a global community, we let children die or suffer from various levels of malnutrition simply because their family or community are poor, their country, often culturally rich and diverse, economically undeveloped.

AS THE west emerges from the Season of Overindulgence and Waste, and COVID-19 continues to impact public health and national economies, the divisions in our world are more visible than ever; the privileged versus the marginalised; the supported versus the neglected; the hungry versus the satisfied; the rich versus the poor or economically anxious.

While hundreds of thousands lost their jobs in 2020 and were forced to turn to governments and charities for support, the number of billionaires in the world increased to 2,189, and their overall wealth surged, Forbes record, ‘by more than $2 trillion…to reach an all-time high of $10.2 trillion.’ In China alone the country’s super-wealthy earned a record US$1.5 trillion — more than the past five years combined. Such increases are the inevitable consequence of a socio-economic system designed to concentrate wealth, and thus power, in the hands of a few.

It is totally unjust and immoral and has fostered a set of destructive divisive ideals that allows hunger, poverty and the environmental emergency to exist. At the core of the interconnected crises facing humanity is a crisis of values, which can cogently be described as a spiritual crisis. As a consequence of the reductive values of the time, ‘value’ has been equated to gain: monetary worth/profit, status and influence. Someone or something capable of generating income or return that is higher than another is prized. Business strategies and decisions are chiefly dictated by profit, the ultimate value and principle factor in determining action. Countries (like Australia, Canada, the UK) have adopted immigration policies based on the ‘skill sets’ or human values they require. Refugees/asylum seekers are valued (and earn points) or not, depending upon their ability to add worth to the overall national economy. Those with no such attributes (not enough points) are deemed to be of no value to society and are rejected, relegated to the shadowy peripheries of society.

This valuation of human beings as economic commodities or assets is utterly abhorrent and is a contributory reason why hunger still stalks the land, the notion that some people are more worthy, are of more value that others, that some can be left to starve or become ill due to lack of nutrition while others cannot.

Humanity is, it appears, faced with a choice between values and ways of organising society that flow from the unifying magnetic force we call love, and those rooted in fear, selfishness, and greed, which, while fading, are currently pervasive. But if the issues of the day are to be overcome there is actually no choice, and millions of people around the world know this. The solutions to the issues of the day lie in totally rejecting attitudes that divide humanity, and adopting values that rest in and cultivate unity and brotherhood. Perennial values held within the hearts of men and women everywhere that encourage social/environmental responsibility, cooperation and tolerance and give expression to our essential oneness.

DissidentVoice.org, January 11.  Graham Peebles is an independent writer and charity worker. He set up The Create Trust in 2005 and has run education projects in India, Sri Lanka, Palestine and Ethiopia where he lived for two years working with street children, under 18 commercial sex workers, and conducting teacher training programmes.