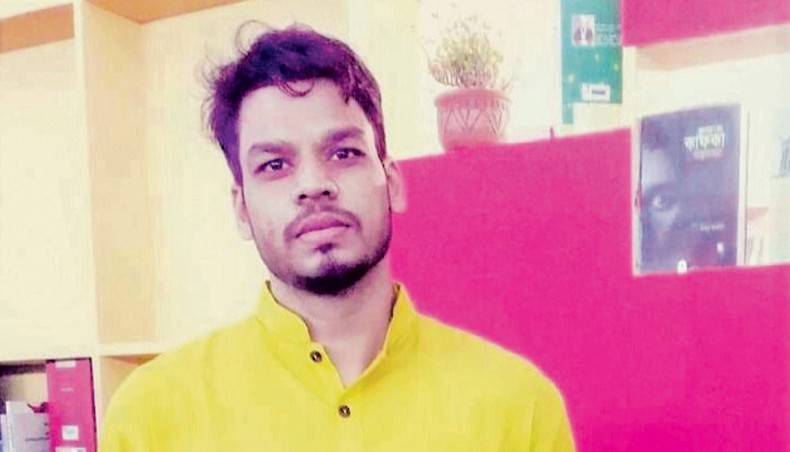 The book will be published under the banner of Jaladhi. It contains eight short stories portraying social anomalies, plight of the marginalised people and others.

‘Gangabati Padmabati will give the readers a glimpse into different issues such as plight of the marginalised people, anomalies in society, local myths, partition of India, impact of the Indo-Pakistani War of 1965 on the then East Pakistan, border killings, myths surrounding the Ganges and others,’ said Abdul Aziz, adding that he has been inspired to pen stories by Manik Bandyopadhyay, Akhteruzzaman Elias, Rabindranath Tagore, Bibhutibhusan Bandyopadhyay, Shawkat Ali and others.

Readers will be able to collect the book at Kabita Cafe in the capital. It will also be publishd on different online platforms including rokomari.com.

After Gangabati Padmabati, Aziz is looking forward to releasing a novel about the Santal people.

‘I am currently working on a novel based on the Santal people living in the Varendra region. I am currently conducting research and collecting information for the novel,’ mentioned Aziz.