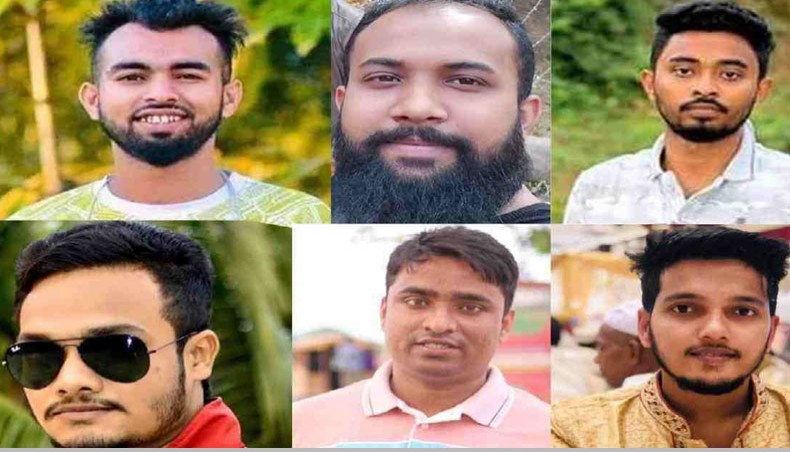 Sylhet Woman and Children Repression Prevention Tribunal on Tuesday accepted the charge sheet in the case filed over the gang-rape of a newly married woman in a Sylhet MC College hostel on September 25, 2020.

Tribunal’s public prosecutor Rashida Sayeeda Khanam told New Age that  the plaintiff’s lawyer did not make any complaint in the charge sheet submitted by the police.

Earlier on January 3, the tribunal deferred the hearing on the charge sheet as the respondents’ lawyers sought time for filing a ‘no confidence’ complaint against the charge sheet.

On Jan 10, the tribunal again deferred till Tuesday the hearing as the plaintiff’s counsel sought two days of time to review the charge sheet.

All the eight accused are now in jail.

In the evening of September 25, 2020, a group of BCL activists kidnapped a newly-wed couple from in front of the main entrance of the MC College at Tilagar in the city.

Later, they gang-raped the woman at the college’s male student hostel at Baluchar in the city keeping her husband confined at the hostel.

The Shah Paran police rescued the victims from the college hostel and admitted the woman to the one-stop crisis centre of Sylhet Osmani Medical College Hospital.

Later in that night, the victim’s husband filed a case in this connection with the police against six named and three unidentified persons.

The police also raided the college hostel on that night and seized a number of weapons, including a firearm, from a room in which Saifur had been living illegally for several months.

Shah Paran police sub-inspector Miltan Sarker also filed a case in this regard against Saifur, the police said.

The police arrested eight suspects, all of whom were involved with the activities of the MC College unit of Bangladesh Chhatra League.

Three separate committees were also formed by the MC College authorities, the education ministry and the High Court to probe the gang-rape incident.

The MC College authorities expelled four students — Saifur, Rony, Masum and Rabiul — after a probe committee found their involvement in the incident.