No anti-dumping investigation in 25 years of framing rules 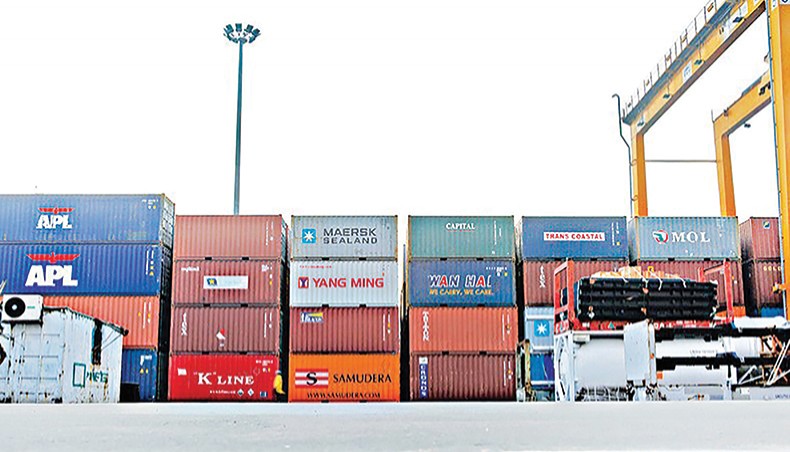 A file photo shows containers at the Chattogram port. Bangladesh has so far failed to initiate any anti-dumping investigation in 25 years of framing the rules due to non-cooperation from local businesses. — New Age photo

Bangladesh has so far failed to initiate any anti-dumping investigation in 25 years of framing the rules due to non-cooperation from local businesses.

Though some associations from the private sector urged the government to impose anti-dumping duty on import of several products, they eventually refrained from making formal applications or providing required data to the Bangladesh Trade and Tariff Commission.

The BTTC is the authorised entity to investigate into any allegation of dumping of any product into the country and implement the anti-dumping rules framed in 1995 by the National Board of Revenue.

Officials of the tariff commission said that they had taken steps to investigate into some recent allegations of dumping products like yarn, TV panel and electric goods made by local manufacturers.

But the associations of manufacturers eventually refrained from filing formal applications or providing the required data to the commission for initiating the investigation, they said.

The commission also took steps during 2007-08 to initiate an investigation into alleged dumping of some products, including bicycle, toothpaste, ball point pen and powdered milk, based on a Centre for Policy Dialogue study report but later abandoned the move as the private sector concerned did not provide the necessary information in this regard, they added.

In the latest case, the BTTC sought detailed information on the alleged dumping of yarn from India and Pakistan from the Bangladesh Textile Mills Association which in a letter to the commerce ministry in May 2020 urged the government to impose anti-dumping duty on import of Indian and Pakistani yarns to protect local manufacturers from cheap imports of the item.

The commission provided a format for a complete application and requested the BTMA to provide information related to evidence of dumping, injury to local industry and the casual link between dumping and injury by December 31 to initiate the investigation.

Dumping occurs when a company exports a product to any country at prices lower than the normal value (the domestic price or the cost of production) of the product on its domestic market.

The importing country then can impose ADD to protect its local industry if it finds proof of dumping which injures the local industry.

The BTTC first in June 25 sought the information from the BTMA but the association refrained from providing data.

The commission is now considering not working further on the issue.

‘As per rules of the World Trade Organisation, the commission cannot initiate any investigation into any alleged dumping if the private sector does not apply with detailed information in the prescribed format,’ BTTC member Mostafa Abid Khan told New Age on Monday.

The commission also suspended the step of initiating the investigation as the association did not respond to its request to provide detailed information.

Officials said that the commission had even offered the associations to help in filling in the application and provide other supports.

But none responded to the request, they said.

The commission has been waiting since 1995 to start at least one investigation to gather experiences but failed as the private sector did not cooperate, they added.

Trade remedy measures, including anti-dumping, countervailing duty and safeguard measures, will become important after Bangladesh’s graduation from the least developed country status in 2024, they added.

On the other hand, some countries have imposed the duty on a number of Bangladeshi products.

BTMA secretary Monsoor Ahmed, however, told New Age that they did not provide information as no parties, including the government and the sector, did not have the logistics and data to carry out all the steps of the investigation process.

‘The BTMA might have provided some information but that would not be enough,’ he said.

The government agencies also do not have database and enough expertise to prove dumping allegation, he said.

Mostafa Abid Khan, however, rejected the allegation of lack of capacity of the commission to deal with the issues.

He said that the commission had required expertise and had so far handled a number of anti-dumping investigations by other countries.