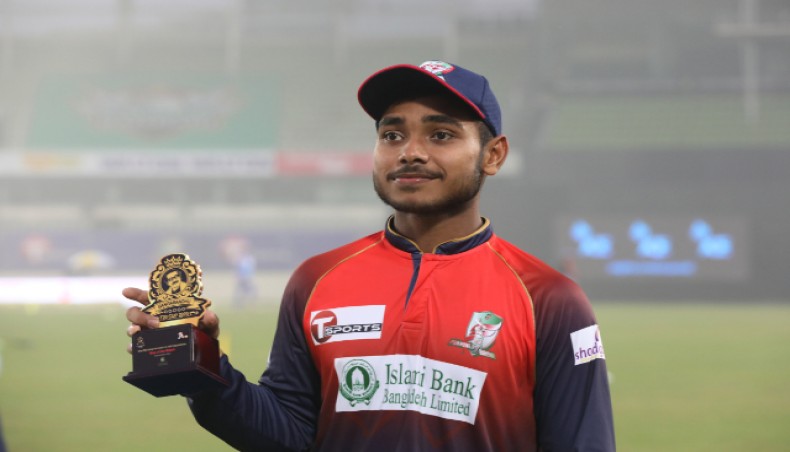 Under-19 World Cup winner Parvez Hossain has been ruled out of Bangladesh’s preliminary one-day international squad for the forthcoming home series against West Indies due to a groin injury.

Parvez received his maiden call-up to the national squad and was set to play in the two intra-squad practice matches ahead of the ODI series.

But his old groin injury resurfaced on Sunday forced the selectors to remove him from the 24-man squad, informed national selector Habibul Bashar.

‘His [Parvez] old groin injury resurfaced. So he got out of the bio-bubble to go to the hospital. If he re-enters the bubble he will have to stay in isolation for three days and will also need some time for recovery.

‘That’s why we felt that we should just remove him from the squad. We also have not thought about bringing in any replacement for now,’ Bashar told New Age.