‘Sex and the City’ revival coming on HBO 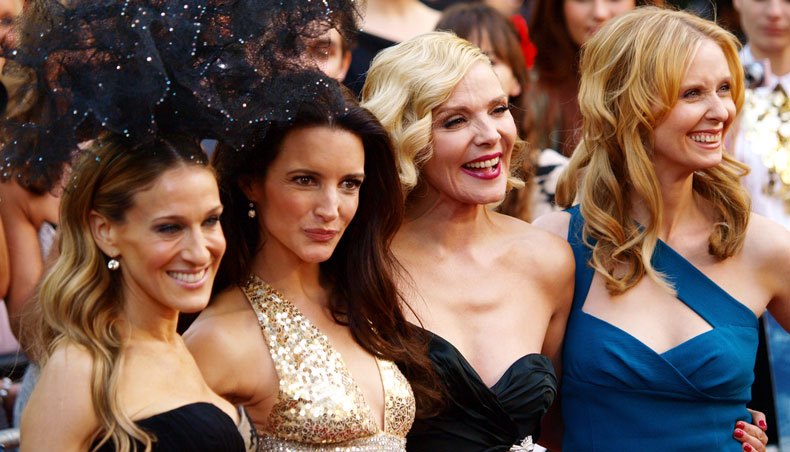 In this file photo taken on May 27, 2010 US actress Sarah Jessica-Parker, US actress Kristin Davis, English actress Kim Cattrall and US actress Cynthia Nixon pose as they arrive at the UK premiere of ‘Sex and the City 2’ in Leicester Square, central London, on May 27, 2010. — AFP photo

A revival of the hit show ‘Sex and the City’ will come to HBO Max, the network announced on Sunday, and will star all of its original leads except actress Kim Cattrall.

The new series, titled ‘And Just Like That...’, will consist of 10 episodes and feature Sarah Jessica Parker, Cynthia Nixon and Kristin Davis, HBO said in a statement.

Cattrall, who played sexually liberated publicist Samantha Jones, was not mentioned in the statement. HBO did not specify why she was not returning.

The story will follow the three women as they navigate love and friendship in their 50s. HBO did not specify a premiere date but said that production was set to start in New York City in late spring.

Parker, who will also produce alongside Nixon, Davis and Michael Patrick King, posted a teaser trailer on Instagram on Sunday.

The short video is a montage of classic New York City shots, intercut with images of Parker’s character Carrie Bradshaw’s iconic computer screen, on which the phrases ‘And just like that...’ and ‘The story continues...’ are typed out. Parker’s signature voiceover accompanies the clips.

‘I grew up with these characters, and I can’t wait to see how their story has evolved in this new chapter, with the honesty, poignancy, humour and the beloved city that has always defined them,’ said Sarah Aubrey, head of original content at HBO Max, in the statement.

The original ‘Sex and the City,’ which HBO described as ‘groundbreaking’ in its statement, was created by Darren Star based on Candace Bushnell’s eponymous 1997 book. It premiered in 1998 and ran for six seasons.

It is unclear if Star will return for the new series. While promoting his latest project, the Netflix series ‘Emily in Paris,’ he told industry specialist The Hollywood Reporter in October that he had no interest in returning to ‘Sex and the City.’