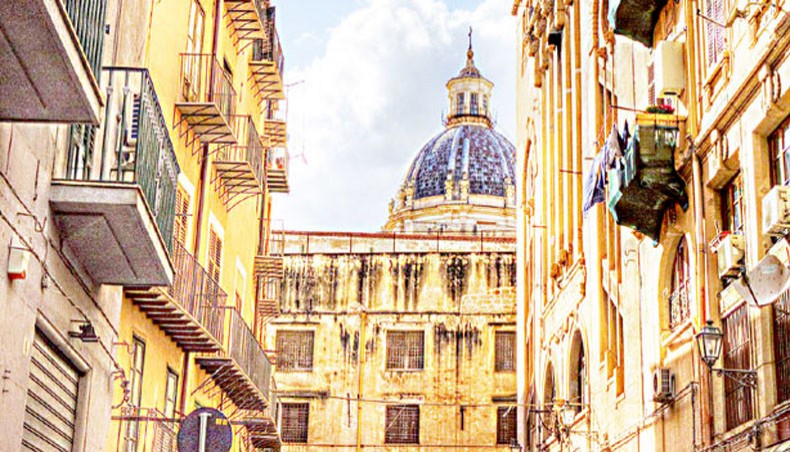 How does the United Nations define human trafficking? Human trafficking falls under and conforms to the United Nations definition embodied in its Palermo Protocol that gives a universal definition of human trafficking as having main elements in the application of force in the form of abduction, forced displacement, transport and transfer, forced confinement, coercion, and/or compelling anyone by black-mailing into forced servitude or in obtaining consent of person by giving payments or benefits having control over another person (victim) for exploitation by placing the person in a servitude-like situation.

Human trafficking was a lucrative trade from pre-mediaeval time and rampantly practised in those days. A well-known example is when Europeans started raiding the coastal villages of the African continent and forcefully, at gun point, abducted young males and females, transported them by wooden ships to America and sold them to plantation owners in American southern states. The intensity and prevalence of such human trafficking were so much in number that it enriched American demography by a forced inclusion of Africans in America, now termed African Americans.

These are real cases of human trafficking that have been poignantly narrated in Alex Haley’s Roots: The Saga of an American Family, in Harriet Beecher Stowe’s classic Uncle Tom’s Cabin and in many other books. The western countries that for centuries had abducted innumerable people from the shores of Africa and other countries and conducted inhuman trade in ‘slavery for slavery’, now take the stance of the ‘holiest of the holies’ and brand other countries in their Trafficking in Persons Index with the help of non-governmental organisations that act as their ear, eyes and tongue in data collection from countries like ours.

Tier-game of US state department

THE US state department brands every country, every year, categorising them into four layers, termed ‘tiers’, in its trafficking in persons index on the basis of the degree of prevalence of human trafficking in each country.

Starting form innocent Tier 1, they scale it up to Tier 2, Tier 2 Watch List, and the next most heinous Tier 3. The punishment for countries falling in Tier 3 outlined by the US state department are: withholding non-humanitarian, non-trade-related assistance; withholding funding for participation in educational and cultural exchange programmes; opposing loans and grants — except humanitarian, trade-related, and certain development-related assistance — from the World Bank, the International Monetary Fund, and other international financial institutions within the ambit of the US government.

The question is what is the criteria of determining the prevalence of human trafficking or is there any UN-mandated guideline for such determination? None that we know of. In reality, it seems to be a self-assumed political instrument of the superpower to keep other countries, mostly in the third world, on tenterhooks for political and economic control.

People smuggling, a lesser crime than human trafficking as defined in the United Nations Palermo protocol, is fully ignored in the tier classification.

The intense deprivation of human rights as practised in human trafficking in the mediaeval era is virtually extinct now and replaced with a more relevant term ‘people smuggling’, as defined in the UN Palermo protocol — a new way of illegal human mobility which is also a serious crime. The difference between people smuggling and human trafficking is that people smuggling is defined in the Palermo protocol when the smuggled people give their consent to be smuggled to another country by paying fees to the smuggler and once such people reach the targeted country with the help of smuggler, they are free to fend for themselves in the destination country. The physical forces, intimidation, coercion, abduction, blackmailing that are elements of human trafficking are not applied to people smuggling. It is a bilateral illegal agreement between the smuggler and the smuggled, and not trafficking at all keeping to the UN definition.

Bangladesh legislation and its fallout

But non-governmental organisations, supported by their mentor countries, chose to sideline and ignore the United Nation definition of people smuggling which is now the most prevalent illegal human mobility practised globally, and they framed the law based on the almost defunct definition of human trafficking and tacitly levelled it against the legal job migration of Bangladesh, drafted the act focusing on the intensity of the human trafficking crimes that was practised in the mediaeval time. The inserted clauses 4 (5) and 20 that gave immense power to the law enforcers to arrest and haul up anybody without warrants for arrest showing defalcation under the act, ignoring and avoiding obvious applicability of such offences under the Overseas Employment and Migrants Act, 2013.

Job migration in countries like ours is the most important economic activity and practised globally as a rule-based legal process, agreed and observed by governments of both sending and receiving countries as well as a host of UN-affiliated international organisations. But the steering committee on the legislation did not consider such a global management of legal migration. It did not take the cognisance of multiple safety valves imposed by sending and receiving governments in the governance of the migration process. It did not consider that labour wings in our foreign missions are created to control and monitor the welfare and rights issues of migrants, that there are specific penal provisions by both the governments to punish any defalcation in the process either by the worker or the employer for any abuse, that there are special tribunals formed by the expatriate welfare ministry to punish the offenders in the migration process and that the Bureau of Manpower, Employment and Training scrutinises documents and issues computer-generated smart cards that records all information of the migrants. There is no scope to brand legal migration as human trafficking.

This did not deter the non-governmental organisations from proceeding with their design to wish away legal migration. No other country in the world equates its legal migration with human trafficking. But Bangladesh does. Our bureaucracy as well as our trade bodies have largely failed to read between lines and identify unfolding designs to destroy the most important economic sector.

The non-governmental organisations are reported to have engaged a private law consultant to draft the law. This suggests the apathy of the non-governmental organisations in involving related officials in the law framing process. The basic element of any legal jargon is clarity, but Clause 4(5) of the act carries double meaning that can be interpreted to entangle legal migration as trafficking and also the other way round. The law enforcers naturally take the advantage of this unclear clause and brand any offence under the purview of Overseas Employment and Migrants Act 2013 as offence committed under the Prevention and Suppression of Human Trafficking Act, 2012 and on many occasions arrest recruiting agents without checking under which act the offence falls.

This dual application of both the Prevention and Suppression of Human Trafficking Act and Overseas Employment and Migrants Act on legal migration and supremacy in applicability of the trafficking act has jeopardised the migration sector. The law enforcers, for obvious reasons, prefer to accept any complaint filed under the Prevention and Suppression of Human Trafficking Act for provisions like non-bailability for three months, non-requirement of warrants for arrest, and being non-compoundable. More so, it is ‘roses and roses all the way’ for small-time non-governmental organisations too that prowl airports and BMET premises to get hold of returning migrants, take them to their shelter house and often tell them to file complaints against agents for compensation.

What happens in migration sector?

WHETHER any offence is proved, if filed under the Prevention and Suppression of Human Trafficking Act, is almost never verified by law enforcers as to whether it falls under the purview of the Overseas Employment and Migrants Act. The immediate effect is the arrest of agents under non-bailable, non-compoundable sections and the arrested remains in custody for three months. If such a situation persists, competent agents will start leaving the trade. Only the agents that are used to the art of tackling such a situation with law enforcers may stay longer. High-salaried quality migration will disappear as has already been evident. Remittance will nose-dive.

It boggles all sensibilities to think of how the cognisance has been taken of an almost extinct definition of human trafficking in framing a law for the country and jeopardise the economic lifeline such as human resources export.

Abdul Alim is president of the Female Worker Recruiting Agencies Association of Bangladesh.