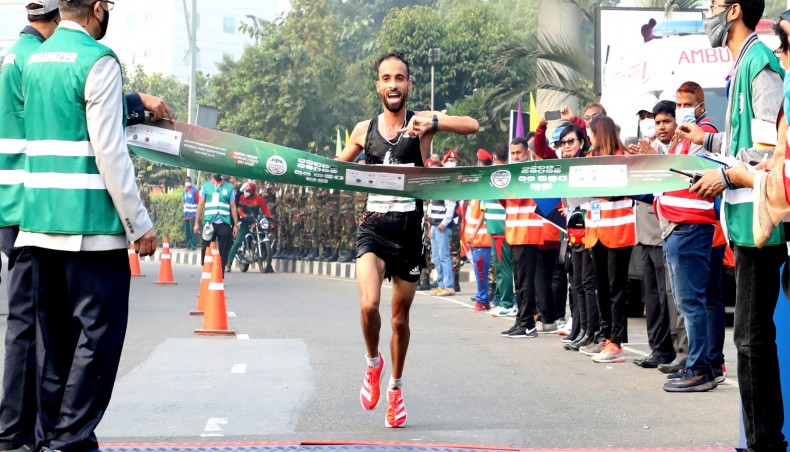 Edwin Kiprov of Kenya won the men's half-marathon at one hour four minutes and 11 seconds and his compatriot Nowm Zebeth won in the women's category in one hour 14 minutes and 42 seconds.

The length of the half-marathon was 21.097 kilometres.

More than 200 long-distance runners from 15 countries including Bangladesh took part in the event.