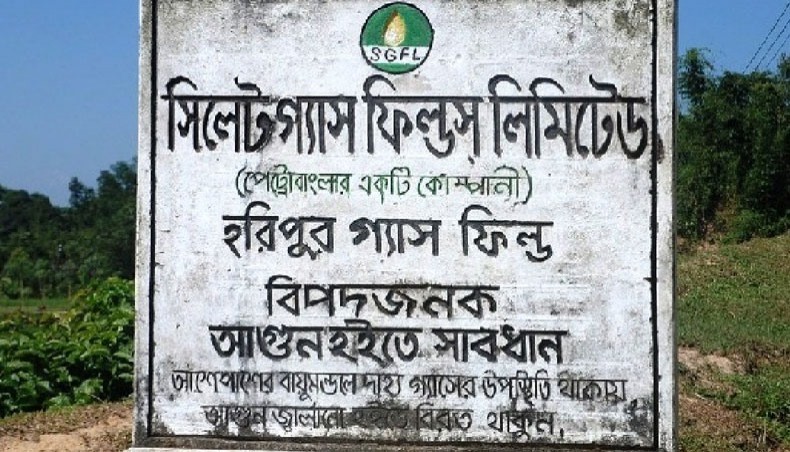 Bangladesh Petroleum Exploration and Production Company Limited have started extracting gas from a new part of the Haripur gas field located in Jaintapur upazila in Sylhet.

Gas extraction from the deepest layer- at a depth of 1,998 metres- started on January 4.

Sources at BAPEX said even oil may be found in a layer at a depth between 2,072 metres and 2,094 metres underground, but the tunneling machine failed to dig that far,  getting stuck at 2,025 metres.

So avoiding the possible oil layer they decided to adopt the Drill Stem Test system to extract gas from four specific upper layers.

Sylhet Gas Fields Limited under the Petrobangla is in charge of operating the well.

Former SGFL director general Ali Iqbal, who is currently working as director general of Titas Gas Transmission and Distribution Company, said possible gas reserve will be measured and extraction will begin commercially after completing DST of all the layers.

Several companies under Petrobangla started tunneling at gas well number 9 last October 2, after triangular earthquake survey to determine the safest location in case of an earthquake.

The gas field in Haripur was discovered during the Pakistan era in 1955, starting production of gas to supply the Chhatak cement factory five years later.

On 8 May 1980, the SGFL was incorporated by the government of Bangladesh.

On 23 December 1986, the company discovered the first oil field in Bangladesh at Well No 7 in Haripur.

SGFL is responsible for five gas fields in Sylhet division. On August 1, 2009 the company launched a condensate plant.

The company signed an agreement with PT Istana Karang Laut of Indonesia and Energypac Power Generation Ltd to further develop its condensate plant in August 2017.