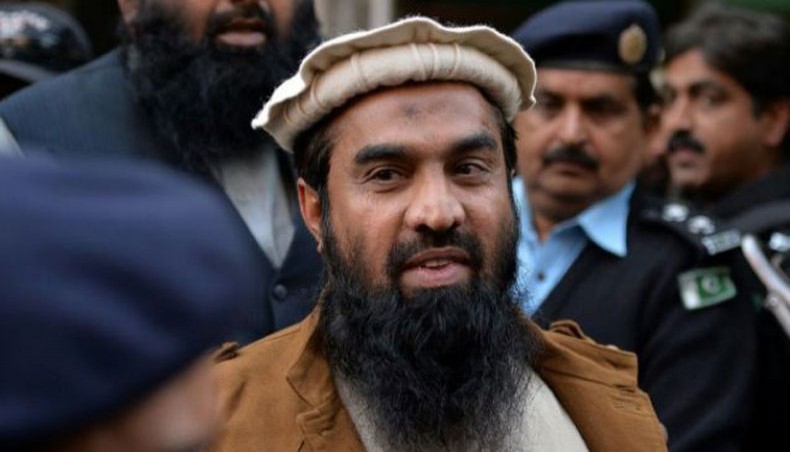 A Pakistani court on Friday sentenced an extremist leader accused of plotting the 2008 Mumbai attacks to five years in jail for terror financing.

Zaki-ur-Rehman Lakhvi, a senior figure in the banned extremist organisation Lashkar-e-Taiba, was arrested in the eastern city of Lahore on Saturday where he was running a medical dispensary.

The police counterterrorism department in the Pakistani province of Punjab accused Lakhvi of using the dispensary to collect funds for extremist activities.

‘All the sentences shall run concurrently,’ it said.

LeT and Lakhvi are accused by India and the United States of plotting the four-day Mumbai assault in 2008 that left 166 people dead.

Delhi has long seethed at Pakistan’s failure to hand over or prosecute those accused of planning and organising the attacks.

Lakhvi was detained in 2015 over the attacks but released months later. The government slapped him with a series of detention orders but judges repeatedly cancelled them.

He was designated a terrorist by the United Nations in December 2008 for being associated with LeT and al-Qaeda.

Earlier this year, Pakistan also arrested firebrand cleric and alleged mastermind of the attacks Hafiz Saeed, who heads the Jamaat-ud-Dawa, a wing of LeT.

Saeed was later jailed by a court for five years and six months on terror charges.

He has denied involvement in the attacks.