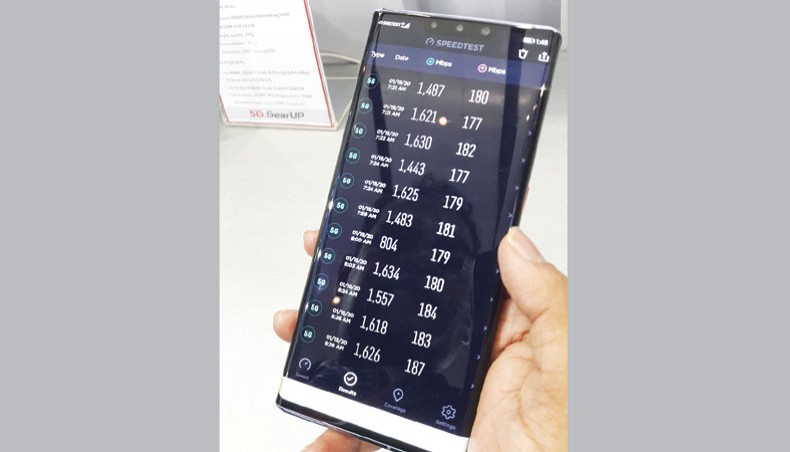 The Bangladesh Telecommunication Regulatory Commission has issued the draft regulatory and licensing guidelines for the country’s cellular mobile services to facilitate the launch of 5G mobile phone service.

The draft guidelines, published for public opinion on Thursday, would also allow the telecom regulator to issue a single licence to each of the telecom operators to provide all generations of services, including 2G, 3G, 4G and even 5G when it is launched in the country, once the guidelines come into force.

The unified licence would be called the Cellular Mobile Services Operator Licence, the draft guidelines said.

The commission has issued the draft guidelines at a time when the fourth generation telecom service accounts for 26.91 per cent of the country’s mobile phone subscribers with the number reaching 4.57 crore while another 27.8 per cent or 4.72 crore mobile phone connections are 3G enabled.

While a large proportion of mobile phone users in Bangladesh still do not have mobile internet connections, around 400 telecom operators in 129 countries or territories are investing in the 5G network with the service already launched by 96 operators in different countries, according to data from Raconteur Media, a London-based independent publisher of special interest content for some of the world’s leading brands.

The data said that 118 telecom operators in 59 countries or territories had announced the launch of the service within their live networks.

According to Ookla’s Speedtest Global Index for October 2020, the average download speed for mobile phones in Bangladesh was 10.76Mbps.

Speaking about the government’s plan on the 5G rollout, newly appointed BTRC chairman Shyam Sunder Sikder said that the commission had been moving forward to launch the 5G service by 2023 and had drafted the guidelines in this respect that would be finalised on the basis of public opinion.

Even though the country is yet to harvest the benefits of the 4G launch, the commission plans to take forward the development of the 4G and 5G services simultaneously, he said.

In the draft guidelines, the commission said that the 5G service, once launched, would enable developing countries to make full use of new technologies such as internet of things, artificial intelligence, cloud computing, machine-to-machine communication and data analytics, among other things.

The licensing guidelines are in line with the government’s spirit and plan to introduce 5G to promote high speed mobile broadband and multimedia communications, upscale usage of smart devices in smart homes or cities throughout the country and make it affordable for all and also to promote the fourth industrial revolution, it said.

The BTRC, in its draft guidelines, would issue the unified licence to the telecom operators who would obtain the 5G service technology neutral spectrum from the commission.

It said that new entrants who would obtain the 5G service technology neutral spectrum from the commission would be eligible to apply for the licence or permission for providing 5G service.

The licence would be valid for 15 years from the date of issuance.

The telecom operator that will receive the cellular mobile service operator licence will have to provide 5G services in all divisional headquarters within 12 months from the date of issuance of the licence.

In two years of the licence issuance, the operators will have to provide 5G services to 50 per cent of the district headquarters.

Within three years of the licence issuance, the operator will have to take the service to all district headquarters.

The commission has designated 2.6GHz and 3.5GHz band frequencies for the 5G service, said the draft guidelines, adding that the licensee has to obtain the spectrum designated for 5G technology from the commission to provide 5G services in addition to other generations of cellular mobile phone services.