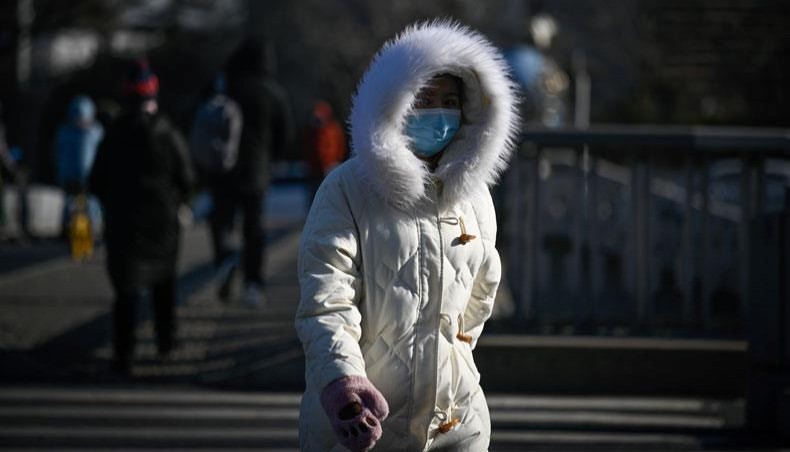 A woman wrapped up from the cold walks along a street on a winter day in Beijing on January 7, 2021, after China's meteorological authority recently issued a severe weather warning across large parts of the country. -- AFP photo

Temperatures in the Chinese capital plunged to their lowest for more than five decades on Thursday, as Beijing was hit by gale-force winds and bitter conditions.

On Thursday morning the mercury dropped to minus 19.6 degrees Celsius, breaking a previous cold weather record set in 1969.

The cold reading was the lowest since 1966, when temperatures in the city fell to minus 27.4 degrees Celsius.

Thousands took to social media to complain about the city’s weather, with the hashtags ‘How cold is this winter?’ and ‘Beijing’s temperature reaches the lowest since 1966’ both trending topics on Weibo and garnering a collective 240 million views.

‘I heard the wind shouting at me: I want to kill you,’ wrote one.

Yet there was no snow and little ice on Thursday, as the atmosphere over the city was extremely dry.

The last time temperatures fell to this level, the founder of communist China chairman Mao was at the helm, and about to embark on the ten-year cultural revolution — a decade-long period of social and political chaos that also quashed political rivals.

The same year, to dispel rumours about his failing health, the then-73-year-old Mao also swam across the waters of the Yangtze river in a political stunt to prove his youthfulness.

Beijing regularly battles dry, bitter winters due to sharp currents from the northwest.

But climate change campaigners warn that as the earth warms, the number of extreme weather events will increase and become more deadly.

Earlier this year large parts of China were hit by severe flooding, affecting millions of people and farmland, washing away roads and forcing the closure of some tourist sites and transport links.