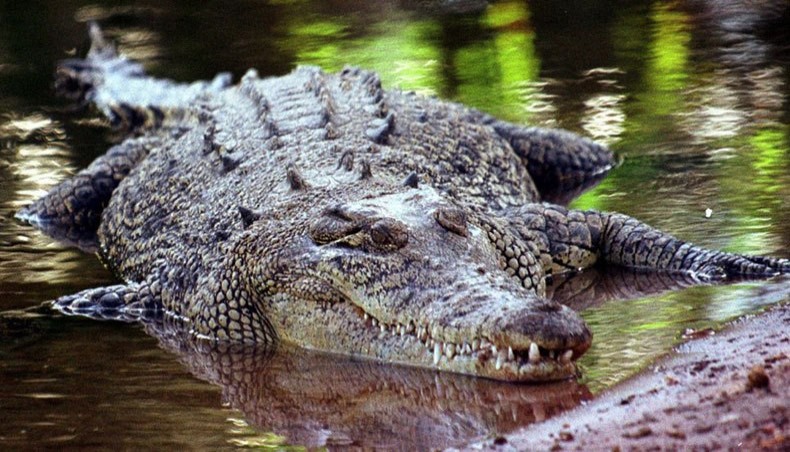 A naked fugitive hiding out in trees above crocodile-infested waters has been discovered by a pair of fishermen, after spending days surviving on snails in swampy mangroves in Australia’s far north.

Kevin Joiner and Cam Faust found the naked man, covered in mud and mosquito bites calling for help, on Sunday afternoon while fishing near Darwin, according to local media.

‘We didn’t understand how he got there,’ Joiner told Nine News on Wednesday.

‘We thought he just must have had a big night after New Year’s and done himself a mischief in the bush.’

The man was dehydrated and needed help, so the pair took him aboard, offered him a pair of shorts, a beer and drove him back to Darwin, Joiner said.

But once the man arrived at the hospital, police placed him under arrest for allegedly skipping bail on armed robbery offences.

His rescuers said he had told them he became lost while walking in the area and they were surprised by his alleged crimes.

‘We were going to visit him in hospital, and then we found that out, and we thought, ‘we might give that one a miss,’ Faust said.

Northern territory northern watch commander Len Turner confirmed to the media that the man had been under police guard over several offences.

‘He was placed into custody and is now at Royal Darwin Hospital being treated for the harsh conditions that he subjected himself to,’ Turner told newspaper NT News.