Lackingme’s body handed over to parents 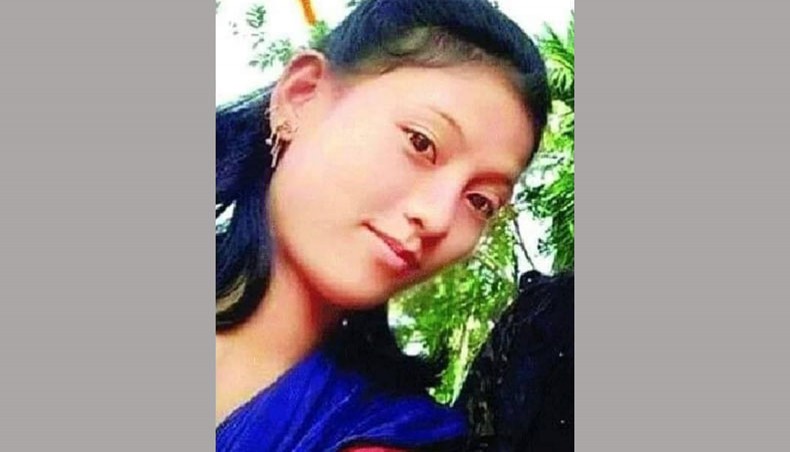 The body of Lackingme Chakma was handed over to her parents on Monday after a preliminary investigation confirmed that the girl was underage.

Her body had been in the morgue of the Cox’s Bazar Sadar Hospital following a row over her Buddhist parents and Muslim husband over who would get it.

‘We are preparing for the funeral at Ramu Buddhist crematorium,’ said Mong Tela Rakhine, who is supervising the funeral of Lackingme Chakma.

The body was handed over to her parents at about 3:30pm.

‘We are handing over the body of Lackingme Chakma to her parents because she was underage,’ RAB-15 commanding office Azim Ahmed told New Age.

He said that an underage girl cannot legally convert her religion and marry.

The RAB is also investigating the allegation brought by Lackingme’s father, La La Ong, that her daughter was kidnapped from their Shilkhali home in Teknaf on January 5, 2020.

A fact finding committee comprising of human rights lawyers, activists and journalists recently found that Ata Ullah, a resident of Mathabhanga in Teknaf, married Lackingme Chakma in Cumilla after forging her birth certificate over two weeks after she had been kidnapped.

La La Ong tried to file an abduction case with Teknaf police station immediately after his daughter’s kidnap but the police did not accept his case.

He later filed an abduction case with the 3rd court of women and children repression prevention on January 21, 2020.

The court ordered an investigation into the matter by the Police Bureau of Investigation. The PBI found that Lackingme was not abducted.

Lackingme’s parents rejected the report and the court found there were reasonable grounds to have the matter reinvestigated. The court ordered RAB to reinvestigate the matter.