BNP to hold programmes protesting at price hike of essentials 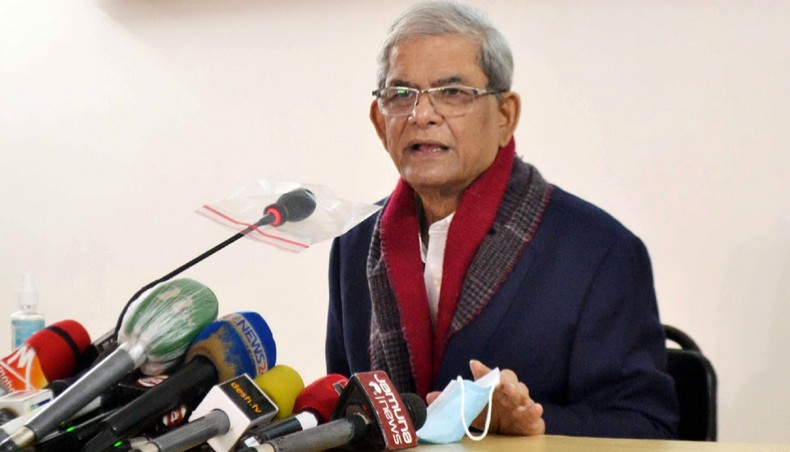 Bangladesh Nationalist Party on Sunday announced to hold rallies across the country in January protesting at the abnormal price hike of essential goods and demanding resignation of the commerce minister, Tipu Munshi, and dissolution of the Election Commission.

BNP secretary general Mirza Fakhrul Islam Alamgir made the announcement at a press conference at the Gulshan office of the party chairperson, Khaleda Zia.

‘We will form human chains in thana levels across the country on January 7, protesting at the price hike of daily necessities and demanding resignation of the commerce minister. We will also form human chains in municipalities and city levels on January 10, demanding dissolution of the Election Commission for their failure to hold municipality elections in a free and fair manner,’ Fakhrul said.

Fakhrul said that they took the decision of holding the programmes on Saturday at a virtual standing committee meeting of the party. The party acting chairman, Tarique Rahman, chaired the meeting.