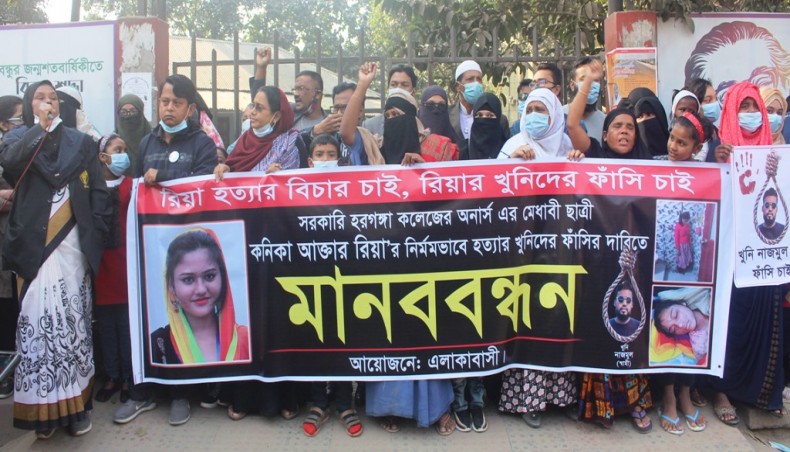 The family of a college girl and locals staged a demonstration over the killing of the girl for dowry in front of Munshiganj Press Club on Sunday morning.

Demonstrators said that since her marriage, Ria was tortured by her husband Nazmul and in-laws who brought her back from her parent’s home and hung her to death.

The demonstrators were seeking for the immediate arrest of the accused.

The demonstrators ended the protest after officer-in-charge of sadar police station Abu Bakkar Siddique appeared at the human chain and assured the demonstrators they would take legal action.

December 30 Nazmul took Ria from her parent’s home to his home. On the next day, her body was recovered from the washroom of her in-laws’ house.