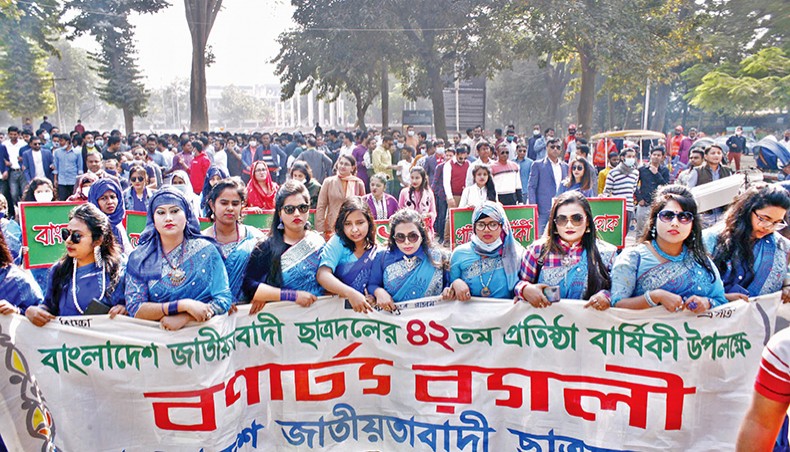 Around 2,000 leaders and activists of the student organisation, led by its central president Fazlur Rahman Khokon and general secretary Iqbal Hossain Shamol, brought out the procession from the National Shaheed Minar.

The procession, holding portraits of BNP founder and late president Ziaur Rahman and the party chairperson Khaleda Zia, marched through the key points of Dhaka University campus and ended at Doyel Chattar.

The student organisation was founded on January 1, 1979.

On Friday, the organisation also placed wreaths and offered prayer at the grave of BNP founder Ziaur Rahman at Sher-e-Banglanagar in the capital.

On the day, the organisation also held a virtual discussion in which BNP acting chairman Tarique Rahman was the chief guest.