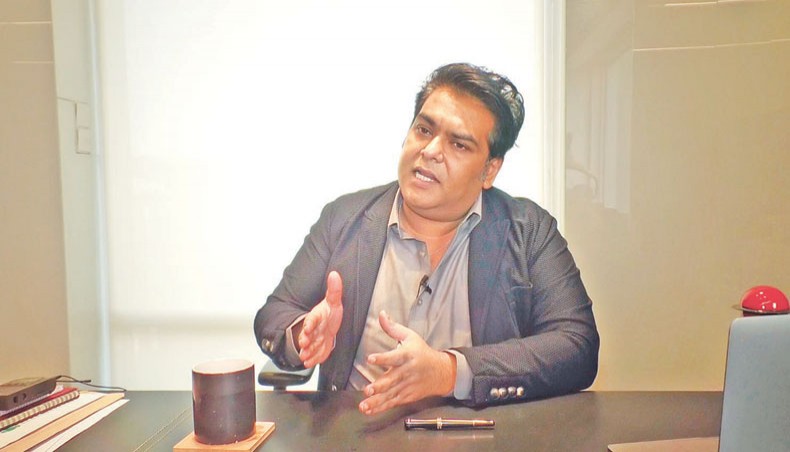 Tanvir made the comment following the fixation of tariff rates for MFS interoperability services by the Bangladesh Bank on October 22, 2020.

The scheduled launch of the interoperability service on October 27, 2020 was suspended by the central bank, citing technical complexities. The central bank is yet to set a fresh launch date.

Asked about the importance of interoperability and the charges fixed by the central bank, Tanvir said, ‘In the last decade, there has been monopolistic control of a single MFS operator over the market.’

In that context, the launching of interoperability was vital for customers so that they can get the freedom of choosing an operator, the Nagad chief said.

Launched on March 16, 2019, Nagad is a joint-venture entity of the Bangladesh Post Office and Third Wave Technologies Limited in which the BPO holds 51 per cent and TWT 49 per cent stake.

By December of 2020, daily transactions through the entity exceeded Tk 250 crore in less than two years after its inauguration.

Tanvir, however, said that the slapping of high charges on such money transfer would create barriers in ensuring the benefit of the service for the people.

That is why the interoperability service must be made free for three years with a view to expediting financial inclusion to a greater extent and to accomplish the prime minister’s goal, he said.

In response to a question on how the interoperability service would be viable business-wise if the service was made free, the managing director said, ‘It depends on the mind-set of the operators regarding how much profit they want to make.’

For instance, Nagad allows customers to receive money from all MasterCard and VISA cards free of charge, he said, adding that Nagad is making profits even though it is offering the service free of charge to the customers.

He said that the high interoperability charge would also create barriers in bringing an end to the prevailing monopoly on the MFS market.

Speaking about the impact of launching cash-out charges of Tk 9.99 and Tk 11.49 per thousand, Tanvir said, ‘People were eagerly waiting to see a reduced cash-out charge as it was the highest in the world and many people even refrained from making any transactions through MFS due to the high transaction charge.’

He said that the reduced rate had helped Nagad to attain 62 per cent growth in the last three months even during the coronavirus outbreak.

Asked about the introduction of another policy by the central bank that would allow micro traders to receive payments from MFS accounts and through digital wallets, he said that it was a very good initiative by the Bangladesh Bank as it would allow such traders to open MFS accounts without trade licence.

‘The success of the policy would, however, largely depend on the charges that will be imposed on such traders by the operators. Otherwise, it would only end up looking good on paper,’ he said.

He said, ‘Nagad is absolutely ready for the service and we even have services already in place for the micro merchants.’

As a result, Nagad’s customer base has exceeded three crore in less than two years of its operation launch, he said.

The USSD-based customer acquisition process has created opportunities for bringing on board feature phone users, who constitute 65 per cent of the country’s mobile phone users, under the digital payment network of Nagad in just 10 seconds, the Nagad MD said.

To simplify the process, we have inked deals with mobile phone operators Grameenphone, Robi and Teletalk which allows us to collect customers’ identification-related data from the telecom operators’ database and verify it with the BEC’s system directly when a customer dials *167#, he added.

Nagad has been bringing around 1 lakh customers on board daily through the USSD-based technology.

‘Although we were criticised by many initially over the launch of the digital customer acquisition process, many banks and MFS operators are following the same process now,’ Tanvir said, adding that they are happily sharing their innovative customer acquisition technology with others.

He said that he hoped all banks and other institutions would adopt the digital customer identification process by June of 2021.

Asked about Nagad’s business plan, he said, ‘Nagad has proved its capacity to come up with innovative products and services, and will continue to do so in the future.’

Nagad’s main target is to ensure a Nagad account for each and every mobile handset user and to emerge as a national wallet that would serve all the financial needs of the people, he said.

‘We have been facing challenges since the start of our journey but we are habituated to overcome them with our dedication and focus, and Nagad will do so in the coming days too,’ he mentioned.