Says misrule will be defeated 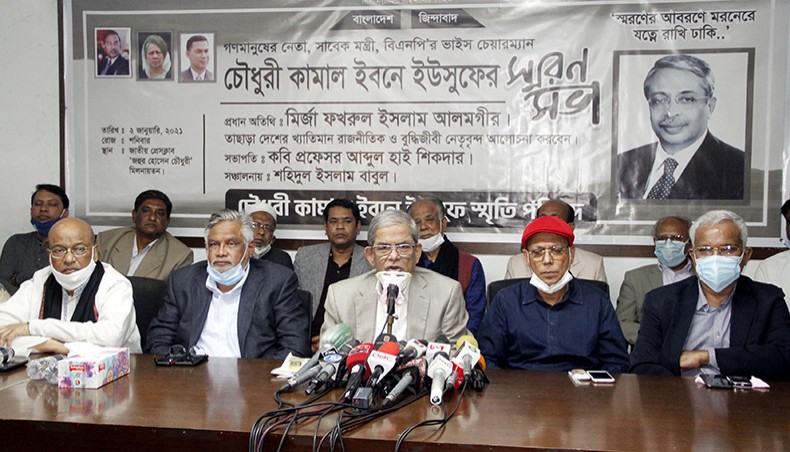 While speaking at a discussion at the National Press Club in Dhaka, Fakhrul Islam said, ‘Today is the second day of the year and we have many expectations.’

In 2020, coronavirus brought much suffering for us and we hope that this new year will give us relief, said Fakhrul.

He also expressed his hope for an independent, free and democratic Bangladesh.

Fakhrul said that former president Ziaur Rahman wanted to make Bangladesh a sovereign state on the basis of nationalism with a multiparty system.

He also expected that the state would ensure freedom of expression and accept differences of opinions.

Commemorating the role of Chowdhury Yusuf in BNP politics, Fakhrul said that they did not believe in having any lord in foreign countries.

‘We want to deal with the other countries with holding our head up because BNP maintains it in its politics,’ Fakhrul said.

The people must get back their democratic rights through movements and the autocratic government must me defeated, Fakhrul said.

‘Now the country lacks democracy and democratic rule and leading towards one-party rule in the name of democracy,’ Fakhrul said.