Lord of the Flies, revisited 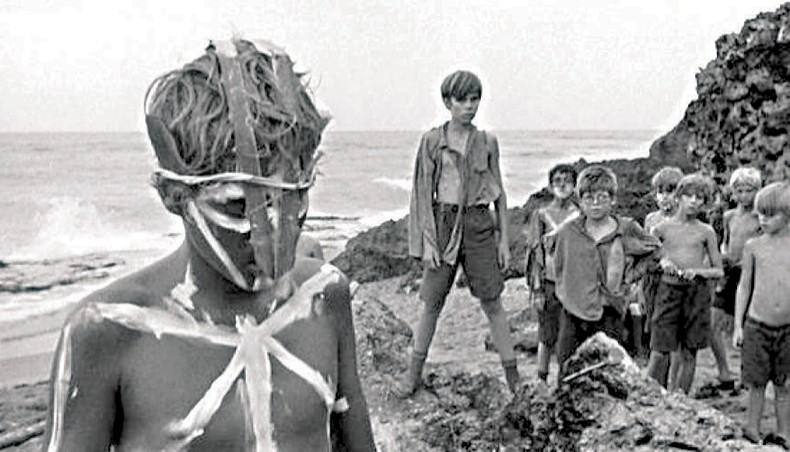 Screenshot of Lord of the Flies movie, 1963. — Common Dreams

Dutch historian Rutger Bregman documents that Golding had no knowledge of behavioral science and was hardly an impartial judge of children’s propensities, writes Jim Hightower

MANY of us read William Golding’s Lord of the Flies in high school — and it’s still being taught. The 1954 novel depicts the gradual descent into barbaric darkness by a group of English schoolboys shipwrecked on a small, deserted island. Its portrayal of innate human depravity was hailed at the time for its unblinking ‘realism.’ Only… it was total bulls—.

In his superb 2019 work Humankind: A Hopeful History, Dutch historian Rutger Bregman documents that Golding had no knowledge of behavioral science and was hardly an impartial judge of children’s propensities. Rather, he was an alcoholic prone to depression who beat his kids. ‘I have always understood the Nazis’, Golding once said, ‘because I am of that sort by nature.’ So, he made up the story, and it wasn’t about children’s dark nature, but his own.

After learning about the man behind the tale, Bregman became curious about what would really happen if kids were left alone on an island. He kept poking into everything from scientific studies to news reports, and — amazingly — finally unearthed an actual incident of shipwrecked children: In 1965, six bored schoolboys from Tonga, ages 13 to 16, took a small fishing boat out on a lark, but they were caught in a sudden storm and blown far from home. Their boat’s mast and rudder broke, and they drifted for days before washing up on a desolate rocky islet, where they were stranded for more than a year.

Fifty years later, the intrepid Bregman spent months tracing multiple dead ends before at last locating a few survivors and then traveling to Tonga to meet them and get the true story.

He learnt that, far from devolving into barbarism, the inventive teenagers had set up a functioning democracy and communal economy. They split chores into teams of two, built sleeping huts and a kitchen, tended a garden, stored rainwater, created a gymnasium, fashioned a badminton court and got a fire going (taking turns protecting it so it never went out). One boy even constructed a rudimentary guitar to accompany their singing. Yes, they had occasional arguments, but the rule was that the quarrelers had to go to opposite ends of the island to cool down for a few hours before they were brought back to the group to apologise. ‘That’s how we stayed friends’, one former castaway told Bregman.

When rescued by a passing fishing crew after 15 months on the island, the boys were extraordinarily healthy — physically, socially and spiritually.

There is the world we live in, and then there’s the frightening world we see every hour on ‘the news’ and in social media: Invading hordes of murderous immigrants! Black and brown rioters and looters rampaging through city streets! Organised squads of illegal voters and ballot thieves stealing elections! Lazy bums mooching on food stamps and encroaching on ‘our beautiful suburbs’! Fear and loathing!

We shouldn’t be oblivious to or uncaring about the wickedness, avarice and violence that obviously abound in society; it’s there — inside corporations, police and military complexes, lobbyist-controlled governments, many religions, and other top-down constructs that prioritize profit and institutional command over democratic values and the common good. But in striving to institute a culture of justice, it’s self-defeating to assume humankind is innately selfish, like Golding did in Lord of the Flies. Rather, we should shame the culprits as deviants and rally the majority to common-good solutions by appealing directly to their natural instincts for an egalitarian society that equitably shares both responsibilities and benefits like the young men from Tonga.

In Humankind, Bregman cites a parable about the possibility of achieving such a society:

‘An old man says to his grandson: “There’s a fight going on inside me. It’s a terrible fight between two wolves. One is evil — angry, greedy, jealous, arrogant, and cowardly. The other is good — peaceful, loving, modest, generous, honest, and trustworthy. These two wolves are also fighting within you and inside every other person, too.’ After a moment, the boy asks, ‘Which wolf will win?”

CommonDreams.org, December 30. Jim Hightower is a national radio commentator, writer, public speaker, and author of the books Swim Against The Current: Even A Dead Fish Can Go With The Flow (2008) and There’s Nothing in the Middle of the Road But Yellow Stripes and Dead Armadillos: A Work of Political Subversion (1998).