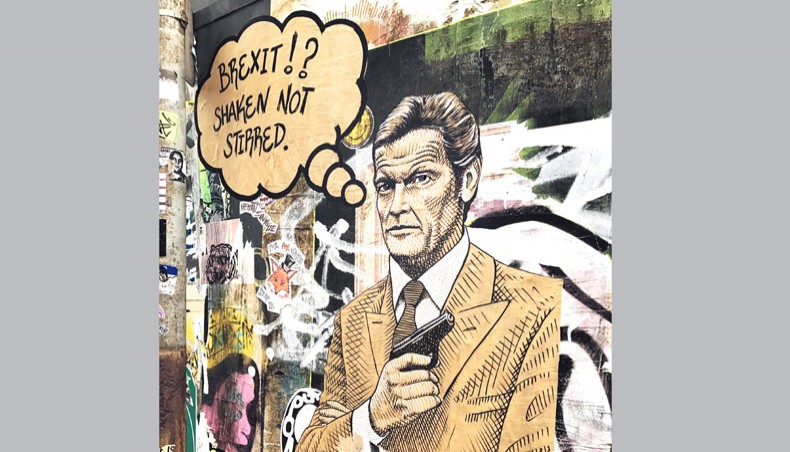 IT WAS a hurried dash and came just before the end of the transition period. The United Kingdom and the European Union have reached an agreement on the torturously long road of Brexit. UK prime minister Boris Johnson can take the deal back to his constituents and Parliament, claiming he achieved something less horrendous than a no-deal Brexit. EU diplomats can claim to have also chalked up some vital concessions.

Johnson’s lectern mood was stubbornly confident. On December 24, he iterated the reclaiming of British sovereignty, making the dubious assertion that ‘we left on January 31 with that oven-ready deal.’ (The ingredients for the meal still had yet to be gathered.) Now, he could boast that, ‘we have completed the biggest trade deal yet, worth £660 billion,’ likening it to a ‘Canada style free trade deal between the UK and the EU’ that would preserve jobs in the country.

UK goods and components could continue being sold without tariffs and quotas within the EU market. There would ‘be no palisade of tariffs on January 1. And there will be no non-tariff barriers to trade.’ But even better, praised Johnson, the deal ‘should allow our companies and our exporters to do even more business with our European friends.’ Keeping in mind his Brexit audience, he insisted that Britain had ‘taken back control of laws’ and ‘of every jot and tittle of our regulation.’ British laws would not be subjected to EU scrutiny; the European Court of Justice would no longer be an irritating final arbiter of UK cases. British standards — from the biosciences to financial services — would be British and British alone.

From the start, the negotiating strategy of the Johnson team was askew. Spanish foreign minister Arancha González Laya underlined the point in an interview with Politico earlier this month. At its heart, Brexit had revealed ‘the illusion of independence and the need to manage interdependence’. Trade agreements, to that end, were designed to shore up the latter, not assert the former.

The concept of interdependence, that great evil of the harder Brexiter line, survives. European Commission president Ursula von der Leyen emphasised the point in her remarks on the deal. While the debate had ‘always been about sovereignty,’ the substantive question to ask was what sovereignty meant in the 21st century. Little Englander types would have found her thoughts on this disconcerting, even menacing. ‘For me, [sovereignty] is about being able to seamlessly do work, travel, study and do business in 27 countries.’ It entailed a collective voice and ‘pulling each other up — instead of trying to get back to your feet alone.’ The deal had not altered that reality. ‘We are one of the giants.’

When it comes to the level playing field argument, the European Commission could also claim that fair competition would endure, and that ‘effective tools’ were on hand to deal with market distortions. Cooperation with the UK would continue ‘in the fields of climate change, energy, security and transport.’ But the equivalence arrangement will be problematic for that most vital of UK exports, the financial services industry. Matters of data protection and other financial standards will have to fall into line with the EU. On such matters, the UK can hardly claim to have embraced total, unadulterated freedom.

The same goes for the European Court of Justice, which will continue to retain a small foothold in the UK. The ECJ will be the highest tribunal of appeal for Northern Ireland, which has been given special status in the agreement. That trouble plagued province will also continue to be subject to EU single market and customs union rules.

In cases where the EU and the UK have disagreements — for instance, on the issue of harmful divergence from common standards as they stand on December 31, 2020 — a dispute resolution mechanism will be triggered. A binding arbitration system will come into play. This dampens the sovereign mad enthusiasts in Britain. Yes, the agreement speaks against tariffs, but they can still be used and will link the EU and Britain for years to come.

On the nagging point of fishing rights, UK negotiators had to relent. The value of fish caught by EU vessels in UK waters will be reduced by a more modest 25 per cent. Von der Leyen expressed satisfaction, as well she might: ‘We have secured a five and a half years of full predictability for our fishing communities and strong tools to incentivise it to remain so.’ Johnson could only call the period ‘a reasonable transition period,’ and assure ‘great fish fanatics in this country that we will as a result of this deal be able to catch and eat quite prodigious quantities of extra fish.’

In reality, this means that the spirited message of taking back control of the seas has failed, at least for the period when adjustments will have to be made. This caused considerable displeasure to Nigel Farage, leader of the Brexit Party, who accused British diplomats of dropping ‘the ball before the line’ in a ‘fisheries sell-out’.

While the deal is unlikely to be sabotaged when Parliament is reconvened, members will only have the shortest of time to consider a bulky document. As one member of parliament told Fraser Nelson of The Spectator, the UK’s chief negotiator David Frost ‘might have missed something. He’s a good negotiator but he’s not Einstein.’ The EU also had the better legal eagles; those from the UK had never wanted Britain to leave the EU in the first place.

Staunch remainers such as Scotland’s first minister Nicola Sturgeon see little to merit the arrangements, positioning her nation for the spring. ‘Before the spin starts, it’s worth remembering that Brexit is happening against Scotland’s will.’ No deal would be able to ‘ever make up for what Brexit takes away from us. It’s time to chart our own future as an independent, European nation.’

In concluding her statement, von der Leyen drew upon TS Eliot: ‘What we call the beginning is often the end. And to make an end is to make a beginning.’ Johnson preferred a rather less profound formulation. ‘That’s the good news from Brussels, now for the sprouts.’