Neglecting the people who contribute the most 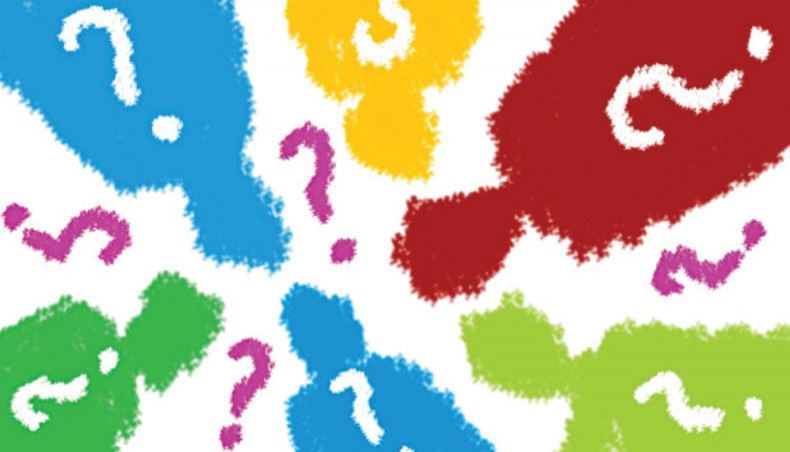 WE NEGLECT, mistreat and marginalise those who contribute the most to the economy and who, in reality, feed us. It is not that only the government and public agencies neglect and marginalise those who run the wheels of the economy. We, as people, also have grown the tendency to overlook the tens of thousands who sweat to contribute the most to what we now call an ‘emerging economy’.

The disregard that four to five million workers in the apparel sector, about 12 million migrant workers and workers in the informal sector and farmers have received during the ongoing COVID-19 outbreak reveals the government’s failure, if not unwillingness, to address the plight of the people who feed us.

Besides this quite depressing issue of starvation wages, the workers live in the periphery of life while their labour feeds millions, fill the coffers and buys the business class the luxury of a level that could be called obscene.

Life and income, the two words that have come to overlap and be unfortunately interchangeable today, of workers in other informal sectors are more precarious and vulnerable as is evident in the sharp increase in the poverty rate — from 20 per cent to over 40 per cent — in about eight months.

What is also shocking is that a large portion of apparel workers did not receive the benefits of the special allocation that the government disbursed in April amidst the COVID-19 outbreak. The sector is reported to have received Tk 62,879.71 crore in soft loans and financial support from the government and international agencies. Although the primary objective of the stimulus package was to ensure economic security of the labour force in the sector, about 14 lakh of the 40 lakh workers in the sector, which accounts for 42 per cent, have not received stimulus package benefits, according to a survey of Transparency International, Bangladesh. Only 16 per cent of the total government allocation was used for worker wages, the survey adds, even though the stimulus package was announced on conditions that the fund would be used to pay workers their wages and the factories would not retrench workers during the COVID-19 outbreak. About 65,000–100,000 were retrenched and given no retrenchment benefits. A social security assistance from the fund provided by the European Union to help about 10 lakh workers who faced financial losses during the outbreak has also not been disbursed because of the negligence of the government and the owner’s association.

Another most neglected and mistreated group is the migrant workers, who, even amidst the COVID-19 outbreak, have sent record remittances, the only positive growth indicator that the country has seen in the immediate past and recent financial years. There are almost 12 million Bangladeshi migrant workers in about 160 countries.

While in April, the World Bank forecasted that Bangladesh’s remittance earnings would record a steep decline by around 22 per cent to only $14 billion in 2020 from $18.3 billion in 2019 because of the negative impact of the pandemic, the remittance earnings recorded a whopping 53.5 per cent year-on-year growth. The growth has countered, at least partially, the negative impact on the economy caused by the COVID-19 outbreak.

What, however, is gravely worrying is that the government has routinely failed to ensure the safety and security of the migrant workers in destination countries. The migrant workers’ cry for help appears to have been brushed under the carpet of a criminal silence.

When a large number of migrant workers — studies put different figures varying in the range of three to five lakh — have returned home empty-handed, losing their jobs abroad and when a larger number of them have fallen into uncertainty, we have not even glanced at their plight.

According to the Bureau of Manpower, Employment and Training, about 2,700 migrant workers on an average returned home jobless every day from destination countries in November. The domino effect of the economic slowdown caused by the COVID-19 outbreak is, as experts and economists say, highly likely to cause a further increase in reverse migration in the coming days. Keeping to the International Labour Organisation study, conducted by the non-governmental research organisation iSocial, about five million Bangladeshi migrant workers might return from destination countries in the coming months as most countries, especially in the Gulf where Bangladeshi workers abound, have suffered economic shocks of varying degrees and are likely to go for downsizing the number of migrant workers. An estimated 81 million jobs have been lost in the Asia-Pacific region amid the pandemic and unemployment in the region is estimated to increase further by the end of 2020.

A large number of migrant workers are reported to be either unpaid or underpaid by their employers now which have pushed them into a difficult condition while many are reported to have sought help from the government for their return home. Several hundred Bangladeshi workers in Beirut on December 14 staged a demonstration, demanding arrangements for taking them back home.

The government appears to have largely failed to cope with the challenges posed by reverse migration and has made little efforts, limited only to requesting host governments to employ Bangladeshi workers, to help the struggling tens of thousands of workers abroad. The government has also not been able to take any rehabilitation programme although it pledged to do so in the past to reintegrate workers who return from abroad. The prevalent attitude in the government and in society appears to be an unalloyed indifference towards the plight of the migrant workers who are in need of support more than ever.

People employed in the informal sector and agriculture that employ about 80 per cent of the work force are in distress too. Very little has been done for them during the ongoing COVID-19 outbreak. The government’s stimulus packages for farmers and low-income people and for the poor have been, to say the very least, extremely poor. Total allocation of the packages is yet to be disbursed.

Irregularities have also been reported in the disbursement of the one-time direct cash transfer of Tk 2,500 to each of the targeted 50 lakh households and in the selection of beneficiaries of other incentives and social safety net programmes, which cover only a third of the poor population.

A sheer disregard for the well-being of the peasants and workers are also evident in the closure of the 25 state-owned jute mills under the Bangladesh Jute Mills Corporation and the suspension of operation of six state-owned sugar mills during the COVID-19 outbreak.

The Bangladesh Sugar and Food Industries Corporation coming to leave about 30,000 farmers who grew sugar cane on contract for the six state-owned sugar mills whose operation was abruptly suspended on December 1 in a difficult situation is reflective of how indifferent the government has been. The farmers, asked to supply their produces to the nearest sugar mills that are still in operation, are understandably afraid that those sugar mills will not be able to take their produces as the mills have their own contract growers and have decided to burn the 90,000 tonnes of sugar cane. The fate of the workers of the jute mills, most of whom are yet to receive their wages, payment in arrears and benefits, and jute growers are also in a difficult situation. The total number of affected workers and farmers is estimated to be more than 10 million.

Independent research and reports have, however, repeatedly exposed that the state-owned jute and sugar mills incur losses not because of any fault or weakness of the workers and the farmers, but because of pervasive corruption, inefficiency and wrong policies in the operation of the mills that the government has left unattended for years.

The challenges faced by rice growers are also not much dissimilar as their produces, in most seasons, do not earn them even the production cost. Through an intricate manipulation of the market and the all-time classic capitalist manipulation of valuation of the produces, the market pushes them to a state where they find it extremely hard to make their ends meet and the government appears not to have the capability and the political will to make intervention on their behalf.

The COVID-19 outbreak has revealed how fragile the economic development is and how inept and inadequate the public agencies are in dealing with an emergency.