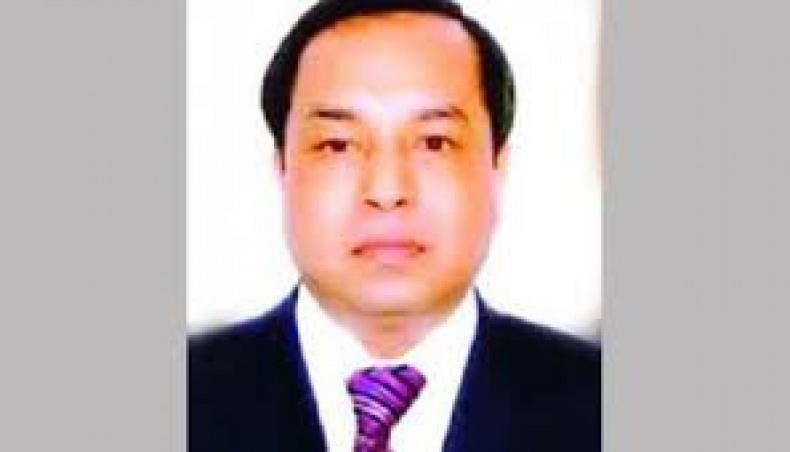 The High Court on Wednesday directed all media outlets not to publish or broadcast conversations of former NRB Global Bank managing director ‘Proshanta Kumar Halder or any other fugitive convicts or under-trial absconding accused’ until further order in this regard.

The court also asked Ekattor TV authorities to submit to it on January 10 its video clip of PK Halder’s recorded interview telecast during the 10:00pm news on Monday and TV’s live talk-show of 11:40pm on Monday where Halder joined as a speaker.

‘When a case is pending  before a court of law and the court is in seisin of the matter and the person is wanted by the court and the warrant for the person’s arrest is duly issued and the warrant was sent to the INTERPOL through the home ministry, under the aforesaid circumstances, the expression, freedom of speech and thoughts of a citizen guaranteed under Section Article 39 of the Constitution is subjected to a reasonable restricted imposed by the law,’ the court said.

The online bench of Justice Md Nazrul Islam Talukder and Justice Ahmed Sohel issued the directive responding to a prayer from the Anti-Corruption Commission.

The court, however, kept its order pending on ACC’s another prayer that sought a contempt notice against Ekattor TV authorities for broadcasting Halder’s interview during news at 10:00pm on Monday and his online participation at the TV’s live talk show held later at 11:40pm on the day.

The court asked the Ekattor TV’s chairman and chief executive officer to submit its clipping used during broadcast of news as well as the programme titled Ekattor journal to examine whether the authorities committed contempt of the court by broadcasting Halder’s recorded interview and by allowing him to speak on the network’s live talk show.

Earlier on January 7, 2015, the High Court directed the secretaries of ministries of the home and the information to take all necessary measures to prohibit all media outlets from publishing or broadcasting any statement of BNP-senior vice-chairman Tarique Rahman until ‘Tarique remains fugitive in the eyes of law’.

The High Court on Wednesday issued the ban on the media from publishing or broadcasting conversation of absconding accused following its 2015 order that banned publishing and broadcasting statements of Tarique.

Deputy attorney general Amin Uddin Manik told the High Court that it was the duty of Ekattor TV under Section 42 of Code of the Criminal Procedure to assist the law enforcing agencies to arrest PK Halder as wanted accused instead of allowing him in the talk show or broadcasting his interview.

ACC lawyer Khurshid Alam Khan told the court that Halder was accused of embezzling over Tk 10,000 crore allegedly by taking out loans from different financial institutions in the name of companies owned by him and his family members.

Khurshid said that Halder undermined the image and authority of courts by speaking to the media on subjudice matter without surrendering in the lower court or in the High Court where his case was pending.

He said that he was invited to join Ekattor TV’s live talk show online but he left the talk show immediately after knowing that PK Halder took part in the talk show.

Khurshid said that the government on the appeal from the ACC, requested the INTERPOL to arrest Halder and bring him back to the country to face trial on the embezzlement charge.

The High Court on December 9 asked the ACC to submit by January 3 a report on the progress of the probe into the embezzlement case filed against Halder.

The court also asked the ACC and the government to inform it by January 3 about the progress of sending PK Halder’s arrest warrant to the INTERPOL through the home ministry.