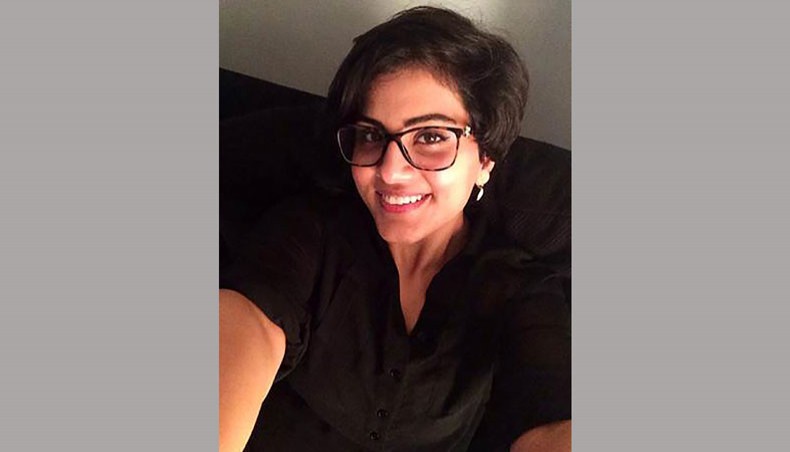 In this file handout released on the Facebook page of Saudi activist Loujain al-Hathloul on August 6, 2019 shows her posing for the camera. — AFP Photo

A Saudi court on Monday handed prominent activist Loujain al-Hathloul a prison term of five years and eight months for terrorism-related crimes, but a suspended sentence will allow her release within months, her family said.

Hathloul, 31, was arrested in May 2018 with about a dozen other women activists just weeks before the historic lifting of a decades-long ban on female drivers, a reform they had long campaigned for, sparking a torrent of international criticism.

Her potential release next year could help stave off an early confrontation with the incoming US administration of Joe Biden, who has pledged a tough stance on the kingdom over human rights after it largely got a free pass under president Donald Trump.

The women’s rights activist was convicted of ‘various activities prohibited by the anti-terrorism law’, the pro-government online outlet Sabq and other media allowed to attend her trial cited the court as saying.

The court handed down a prison term of five years and eight months, but suspended two years and 10 months of the sentence ‘if she does not commit any crime’ within the next three years, they added.

‘A suspension of 2 years and 10 months in addition to the time already served since May 2018 would see her released in approximately two months,’ Lina al-Hathloul, the activist’s sister, wrote on Twitter.

Another source close to her family and the London-based campaign group ALQST said she would be released by March next year.

The court also banned the activist from leaving the kingdom for five years, her sister and the source said.

This verdict was a ‘face saving exit strategy’ for the Saudi government after coming under severe international pressure for her release, the source told AFP.

A motion to appeal can be filed within a month, local media reported.

The Geneva-based UN Human Rights office described the activist’s conviction and sentence after she was ‘arbitrarily’ detained since 2018 as ‘deeply troubling’.

‘We understand early release is possible, and strongly encourage it as matter of urgency,’ it said on Twitter.

Kenneth Roth, executive director of Human Rights Watch, also denounced the sentence as shameful, saying Hathloul was being punished for demanding ‘her rights rather than wait for the Saudi crown prince to bestow them at his own stately pace as a matter of royal prerogative’.

After being tried in Riyadh’s criminal court, Hathloul’s trial was transferred last month to the Specialised Criminal Court, or the anti-terrorism court, which campaigners say is notorious for issuing long jail terms and is used to silence critical voices under the cover of fighting terrorism.

Earlier this month, Foreign Minister Prince Faisal bin Farhan told AFP that Hathloul was accused of contacting ‘unfriendly’ states and providing classified information, but her family said no evidence to support the allegations had been put forward.

While some detained women activists have been provisionally released, Hathloul and others remain imprisoned on what rights groups describe as opaque charges.

The pro-government Saudi media has branded them as ‘traitors’ and Hathloul’s family alleges she experienced sexual harassment and torture in detention. The Saudi court recently dismissed the charges.

The detention of women activists has cast a spotlight on the human rights record of the kingdom, which has also faced intense criticism over the 2018 murder of journalist Jamal Khashoggi in its Istanbul consulate.

Hathloul began a hunger strike in prison on October 26 to demand regular contact with her family, but felt compelled to end it two weeks later, her siblings said.

‘She was being woken up by the guards every two hours, day and night, as a brutal tactic to break her,’ Amnesty said last month, citing the activist’s family.

‘Yet, she is far from broken.’