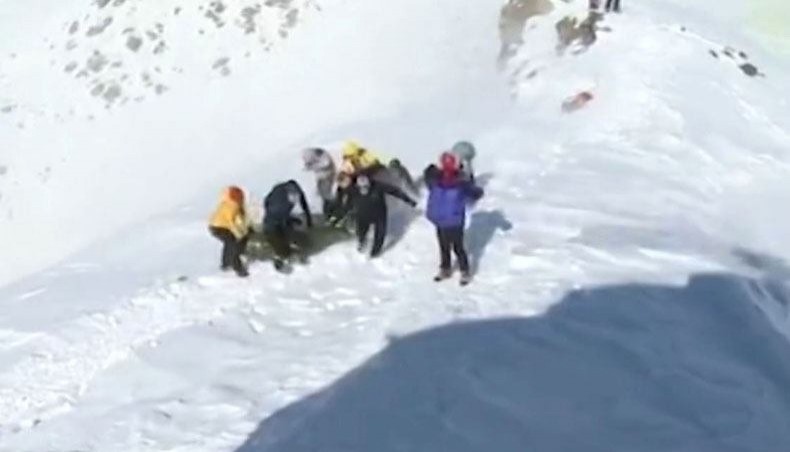 A screen grab from footage broadcast on Iranian state tv Irib on December 26, 2020 shows a rescue operation after eight climbers were found dead and at least seven others missing due to avalanches north of Tehran. -- AFP photo

Eight climbers have died and at least seven others are missing after a blizzard and avalanches hit the mountains north of Tehran, Iranian media reported on Saturday.

‘The bodies of eight missing climbers were recovered in the mountains above Tehran thanks to the efforts of Red Crescent rescue teams and operations,’ said Iranian Red Crescent deputy head, Mohammad Baqer Mohammadi, according to the official IRNA news agency.

A group of mountaineers had gone missing on Friday due to avalanches and a blizzard in the mountains north of Tehran, IRNA reported.

It broadcast footage of a helicopter rescue operation on the Tochal and Kolakchal peaks of the Alborz mountain chain overlooking Tehran showing Red Crescent personnel carrying a body on a stretcher along a snowy mountainside.

A member of the Red Crescent team said the rescue mission was complicated by ‘bad weather and snow’.