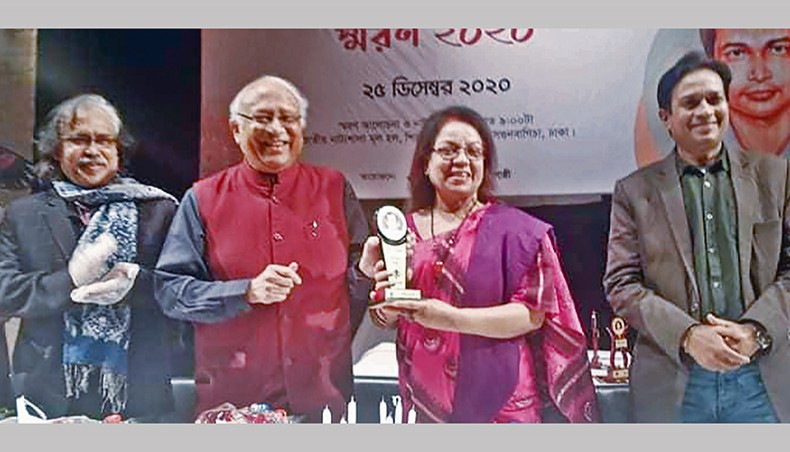 State minister for disaster management and relief Md Enamur Rahman was present as chief guest and thespians Ataur Rahman, Lucky Enam and theatre researcher Babul Bishwas, among others, were present as special guests at the programme.

‘Syed Mohidul Islam was a close friend of mine. He was junior to me by five years. He founded Byatikrom Natyagoshthi in 1976. We worked together in several TV and stage productions. He will live on through his works,’ said Ataur Rahman, who handed over Syed Mohidul Islam Padak, comprising a crest and prize money, to Lucky Enam at the programme.

‘I had worked with Mohidul bhai in TV dramas which were aired in 1980s. It is an honour for me to receive an award named after him,’ said Lucky Enam.

Besides, Byatikrom Natyagoshthi members staged a play named Sahabas at the event. The play has been written by Ramprosad Banik and directed by Nawshin Islam Disha.

‘We arrange the festival every year in memory of Syed Mohidul Islam. We organised this year’s event on a small scale due to the amid COVID-19 crisis. We will organise large-scale event in future,’ Saiful Islam Sohag, director of Byatikrom Natyagoshthi, told New Age.