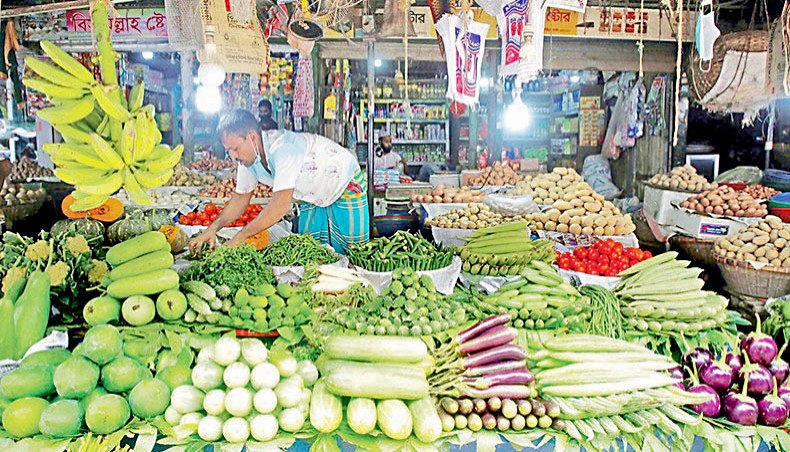 VEGETABLE prices have started declining since November 2019 and it may have caused economic repercussion for farmers. During the general holiday ordered as a preventive measure against COVID-19 infection in March–June, farmers could not sell their produces at fair prices and, consequently, many farmers even lost their investments. The current declining trend in vegetable prices at farmer’s end may cause farmers to suffer more.

Vegetable prices had gone up since August until the middle of November. But prices of some vegetables such as radish, aubergine and bottle gourds have gone down at an alarming level. Although some others are still sold for reasonable prices, they may also face a price decline as the supply is going up. Such a situation is a matter of great concern for growers.

Farmers have suffered a drastic loss in vegetable production since March this year after the imposition of the general holiday. The media reported a drastic decline in prices during that period — with a kilogram of aubergine having sold for Tk 4 at Mithapukur in Rangpur. Similarly, pumpkin, pointed gourds, bitter gourds and snake gourds sold for Tk 12 a kilogram at Ghior in Manikganj.

Such a sales value covered only one fourth to a half of the total production cost. However, that was obviously an exceptional situation when transports were not available during the general holiday and farmers could not carry their produces the city markets. Furthermore, poor and low- and fixed-income people nearly stopped eating vegetables fearing that they might carry the coronavirus and expose people to risks of COVID-19 infection. Consequently, farmers threw away their produces or fed them to cattle. That was actually a deplorable condition for farmers.

In contrast, in September and October, prices of some vegetables went so high that they remained beyond the reach of ordinary people. In that period, we had to buy aubergine, cucumber, cucurbits and many items at Dhaka markets for more than Tk 80 a kilogram. Basically, vegetable prices are mainly influenced by the amount of supply and demand on the market. The two factors should be harmonised to keep the prices stable.

The supply of any vegetable crops on the market becomes scanty at its early harvest. In the peak harvest period, its supply becomes plenty and even may be in surplus compared with the demand, causing a price decline.

But for this year, prices of early harvest of potato sold for more than Tk 100 a kilogram against Tk 30 in prices for the old harvest. There are also some items which may run in short supply at the late harvest, such as tomato, causing high prices. Although some items such as aubergine, which can be grown round the year, have varying prices depending on the load of availability on the market, Edible herbs such as red spinach, green spinach and even spinach and vegetables such as okra fall in this class. In contrast, there are some vegetables such as cauliflower and broccoli that have a shorter production period as their flowering depends on the day’s length.

Unlike the storable agricultural produces such as rice and pulses, vegetables cannot be hoarded by traders even not for half a week as these are perishable. So, for any abnormal increase or decline in vegetable prices, traders may not be blamed. Vegetable prices can be controlled only with a precise planning and management in the production, supply and market chain.

The production volume and harvesting period of different vegetable crops need to be manipulated to avoid surplus supply on the market to stem price decline. The distribution of land in proportion to the market demand of the individual crop is the best mechanism to control market prices.

Because of an improved transport network, the production amount in localities affect market prices to a great extent. The Bangladesh Bureau of Statistics says that Bangladesh produced 13 million tonnes of vegetables in the 2018 financial year.

Despite that, the supply of vegetable round the year is not uniform, which creates a deficit beginning in July when rain becomes abundant to cause saturation or submergence of the soil that most vegetables cannot tolerate. Such a shortfall continues up to October when the early harvest starts. After that, most vegetables appear on the market, beginning in December, making an oversupply at peak harvests. In general, the supply starts ceasing again in March, with the heavy rain beginning in July–August period. Further, winter vegetables do not thrive when the atmospheric temperature starts rising. Summer vegetables are often constrained by water stagnation.

Because of under- and over-supply, vegetable market prices become unstable, causing sufferings to both the consumers and the farmers. Farmers want profits whereas consumers like to buy commodities for low prices. This is, actually, a conflict of interest between consumers and growers.

In recent years, labourers from the agricultural sector have migrated to the industrial and developmental sectors. This has raised the cost of agricultural production because of the labour force that ultimately widens the per unit production cost. In addition to this, an increased production cost and overflow-driven price decline adds to the burden of farmers.

Most of the fresh vegetables are perishable and cannot be stored for a long time. This is the main reason for the decline in prices when supplied in excess into the market chain although a very few of the vegetables such as pumpkin, arum and potato can be stored for a longer period. So, to get a stable market, the supply of perishable produces must be manipulated keeping to the demand on the market. For this, both the area of lands and planting time need to be well planned. But except for a very few, most vegetables have a wider planting period that creates a scope for growing them considering the market demand.

In general, farmers have a tendency of choosing the type of vegetables to grow which had higher prices the season before. When many of them do so at closer times, the total harvest causes a surplus supply on the market. Field-level agriculturists can play a great role in this respect, advising farmers on how much area of land should be used to grow each type of vegetables and when to plant the seeds or grow them.

Field-level agriculturists should assess the need of individual vegetable crop for individual months, especially on regional basis with cities nearby, to prevent any excess supply of vegetables on the market. Farmers should accordingly assign land for production. Such a system may be taken under a framework to help optimise the supply load and keep prices stable. This will help both farmers and consumers and attend to their concern.

Dr Md Jafar Ullah is a professor of agronomy in Sher-e-Bangla Agricultural University.