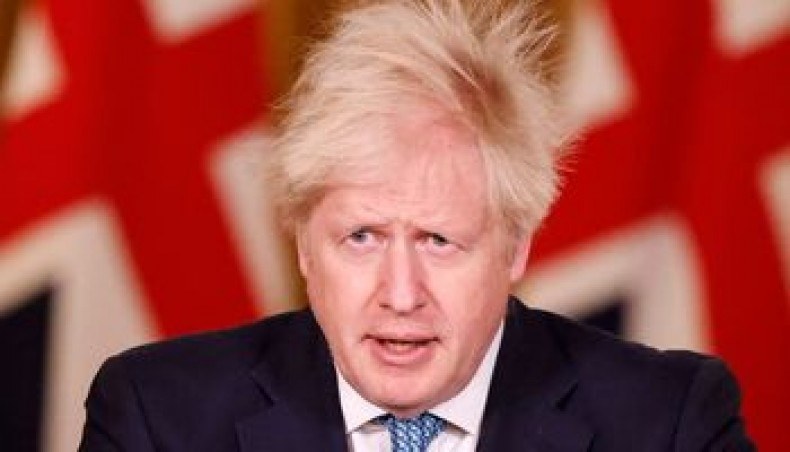 Britain’s prime minister Boris Johnson speaks during a virtual press conference inside 10 Downing Street in central London on December 21, 2020, after a string of countries banned travellers and all but unaccompanied freight arriving from the UK, due to the rapid spread of a new, more-infectious coronavirus strain. — AFP photo

Britain’s post-Brexit trade deal with the EU looks certain to be passed when parliament is recalled on December 30 after the main opposition Labour party said it would vote in favour despite misgivings.

The speakers of both the lower and upper houses of parliament — the House of Commons and House of Lords —  confirmed they would convene rare sessions during the Christmas-New Year break, after prime minister Boris Johnson said the agreement had been clinched by UK and EU negotiators.

The votes will take place less than 48 hours before the trade deal is due come into effect, and are virtually assured to go in the Conservative government’s favour after Labour leader Kier Starmer gave his backing to Johnson.

‘I can say today that when this deal comes before parliament Labour will accept it, and vote for it,’ Starmer said.

He said it was a ‘tough but necessary decision’, but added it was ‘not the deal that the government promised’, calling it ‘thin’ and voicing fears about the government’s preparations for leaving the EU single market.

Johnson has an 80-seat majority in the House of Commons, and Labour’s support will override any rebellion by militant Brexiteers within the Conservative party who may reject the deal.

There was also reluctant backing from leaders of the UK’s devolved nations.

Scotland’s first minister Nicola Sturgeon, the leader of the pro-independence Scottish national party, said in a statement that the deal ‘beggars belief’.

‘A deal is better than no deal,’ she said, adding that Scotland did not vote to leave the EU and ‘now has the right to choose its own future as an independent country’.

Welsh first minister Mark Drakeford told the BBC that the deal would be ‘difficult’ for Wales, but that it provided a ‘platform to which we can return to argue for improvements in the future’.

On the EU side, member states are expected to give provisional approval to the Brexit deal before the European parliament can weigh in next month.