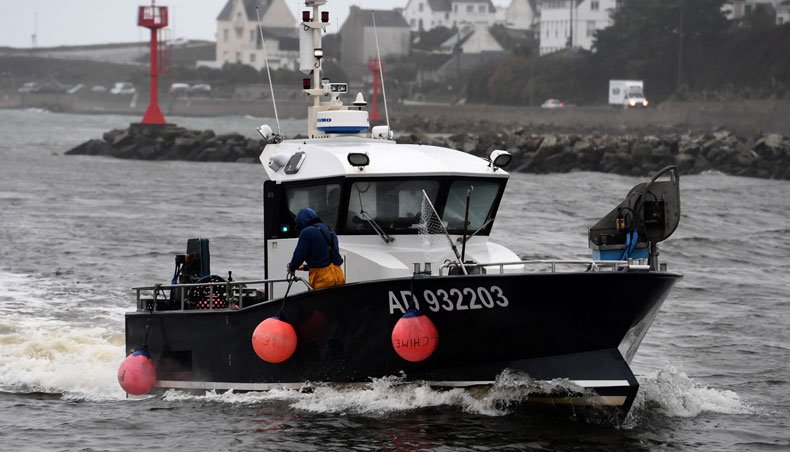 A fishing boat enters the port of Audierne, Brittany, on December 22, 2020 as some 50 fishermen protest against French trawlers practises which are, they say, a waste and a plunder of fish resources. — AFP photo

The French government on Thursday announced measures to support fishermen and fishmongers, including up to 30,000 euros in individual aid, after the European Union and the United Kingdom reached a post-Brexit trade agreement.

Access to Britain’s rich fishing waters was a major sticking point in the post-Brexit talks, and the deal saw EU fishing vessels steadily give up part of current quotas.

‘Fishermen and wholesalers will be able to benefit from a flat-rate aid of up to 30,000 euros depending on their dependence on products caught in British waters,’ the French fisheries ministry said in a statement.

The plan provided for compensation over a limited period for part of the turnover losses of companies dependent on British waters.

Other measures included investment aid under a recovery plan and ‘fleet exit plan’ will be available for vessels dependent on British waters that wanted to stop activity.

Britain had insisted it wanted to take back full control of its waters while EU coastal states sought guarantees their fleets could keep fishing in UK waters.

The two sides reached a compromise that will see European boats gradually relinquish 25 per cent of their current quotas during a five-and-a-half year transition period.

After that there will be annual negotiations on the amount of fish EU vessels could take from British waters – and if Brussels was not satisfied it could impose economic measures against the UK.