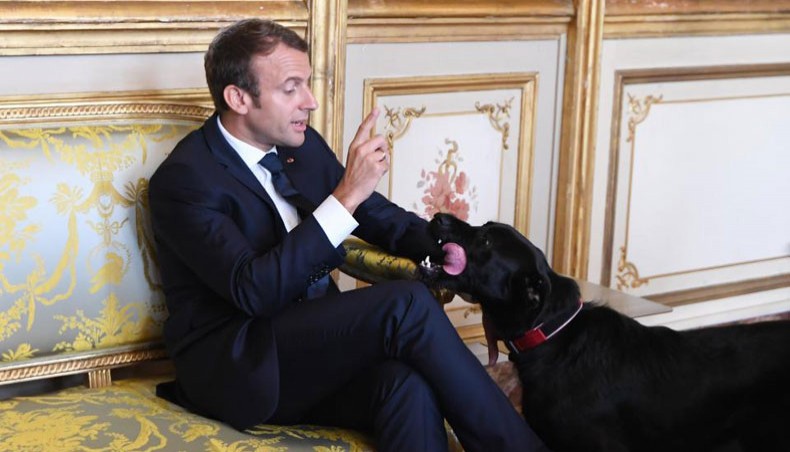 French president Emmanuel Macron and his dog Nemo are seen in this photograph during a meeting at the Elysee presidential Palace in Paris on August 30, 2017. — AFP file photo

French president Emmanuel Macron’s dog has starred in a video urging people to adopt pets sensibly over the holidays.

Nemo, a black Labrador-Griffin mix, was a rescue dog who Macron and his wife Brigitte reportedly adopted in 2017.

Wagging his tail—his barks helpfully subtitled in the Facebook video—the president’s four-legged companion tells viewers that 10,000 animals are abandoned every year in France.

‘So, at Christmas, adopt them. But adopt with awareness,’ Nemo says.

‘Mistreatment will be more heavily punished,’ Nemo says in the video.

‘Because your pet is part of your family. He is counting on you.’

Nemo was named after Captain Nemo of the Nautilus submarine in the Jules Verne classic ‘Twenty Thousand Leagues Under the Sea’—reportedly among Macron’s favourite novels—and regularly greets foreign leaders with the president.

Animal rescue centres around the world have reported sky-rocketing numbers of adoptions and fostering during the coronavirus pandemic as millions spend more time at home.