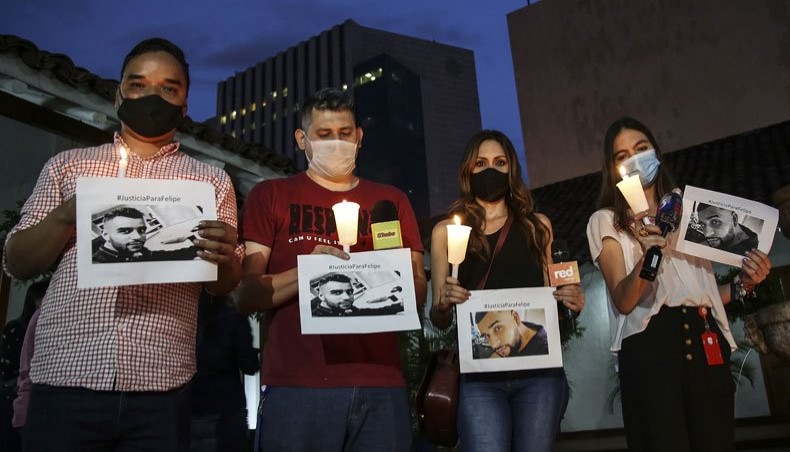 A Colombian journalist who had covered organised crime died on Wednesday two days after suffering multiple gunshot wounds in Cali, in the southwest of the country, his newspaper said.

‘Felipe Guevara, our crime reporter, died this Wednesday afternoon after being injured in an attack on Monday evening,’ said the newspaper Q’hubo on its Twitter account.

Guevara, 27 had reported death threats to the police since 2017, Cali’s mayor Jorge Ivan Ospina said at a press conference, where he offered a reward of up to $15,000 for any information on the killers.

Although police had initially denied the attack against Guevara was linked to his work as a reporter and photographer, Ospina said the authorities were studying ‘all possible hypotheses’ as to the motives for the killing.

According to the Press Freedom Foundation, Guevara had had to leave the neighborhood where he was fatally injured in 2017, following threats ‘after he had written about a criminal gang operating in this area.’

He had reported new threats ‘in 2018 and August of this year,’ FLIP added in a statement.

‘It is worrying that the national police initially rule out the fact that the attack on Guevara could be linked to his work as a journalist,’ said the foundation.

Juliette de Rivero, representative in Colombia of the UN high commissioner for human rights, denounced the crime and called ‘for a rapid and effective investigation to punish those responsible’.