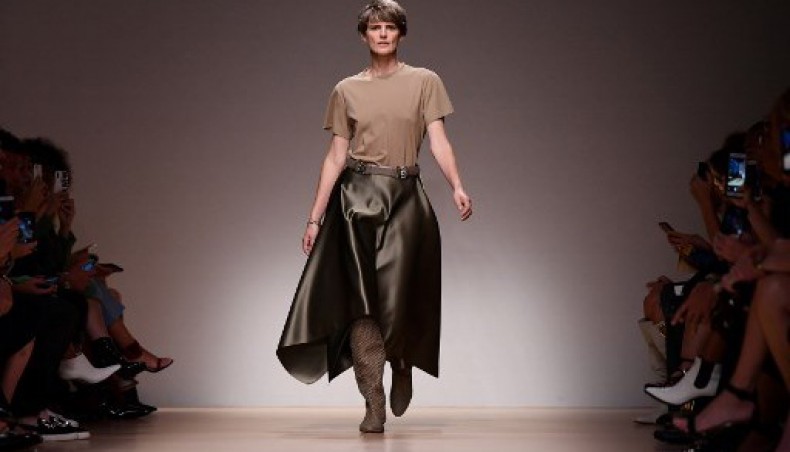 Stella Tennant, one of the most renowned catwalk models and cover-stars of the 1990s, has died aged 50, her family announced on Wednesday.

‘It is with great sadness we announce the sudden death of Stella Tennant on 22nd December 2020,’ the statement said.

‘Stella was a wonderful woman and an inspiration to us all. She will be greatly missed.’

Police Scotland said they were called in the town of Duns in the Scottish Borders ‘following the sudden death of a 50-year-old woman’ and there were no suspicious circumstances.

Tennant, who turned 50 on December 17, modelled for top fashion houses including Chanel, Versace and Valentino and was a muse of Karl Lagerfeld. She continued her career in recent years.

British Vogue wrote in a tribute that she last appeared on its cover in 2018, marking 25 years since she first appeared in the magazine aged 22 in 1993.

She had an aristocratic background and was the grand-daughter of Deborah Mitford, the Duchess of Devonshire, who died in 2014. She was married to French photographer-turned-osteopath David Lasnet and the couple had four children.