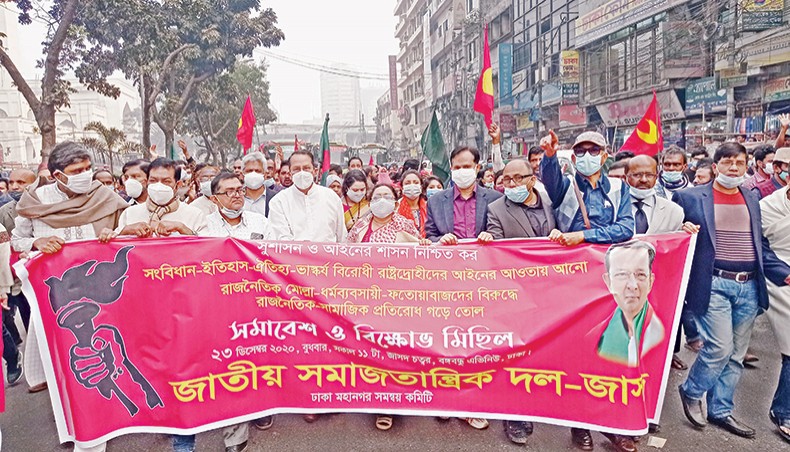 Jatiya Samajtantrik Dal-Jasad brings out a procession on Bangabandhu Avenue in Dhaka on Wednesday demanding legal actions against the people who oppose the state, its constitution, history, heritage and sculptures. — New Age photo

Jatiya Samajtantrik Dal-Jasad at a protest rally on Wednesday called on the Awami League government to bring the anti-sculpture groups to trial and to refrain from making any compromise with them.

The party’s Dhaka city unit organised the rally in front of the party’s central office on Bangabandhu Avenue in Dhaka.

Addressing the rally, the party president, Hasanul Haq Inu, called on the government to take stern actions against the groups opposing the installing of sculptures across the country.

General secretary Shirin Akhter called on all the democratic and progressive political parties to wage movements against the anti-sculpture groups.